Is the Can You Hear Me Robocall Phone Scam Real? 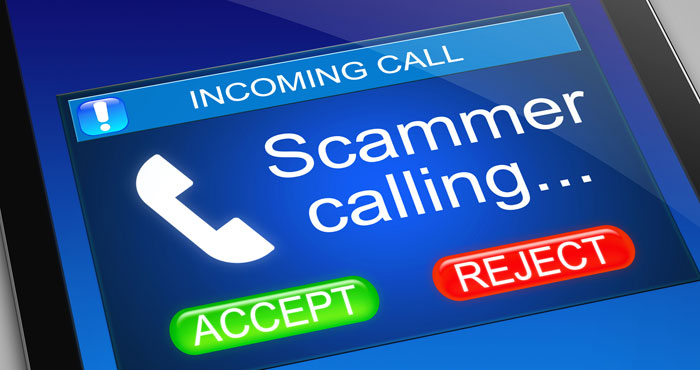 Earlier this year, many news organizations warned of a supposed scam involving robocalls asking “Can you hear me?” in order to trick us into responding “Yes”. Allegedly, that “yes” could then be used for all sorts of nefarious purposes, from approving credit card purchases to adding charges to your phone bill.

It appears the scare started when the Better Business Bureau (BBB) put out a warning in October of 2016 about the calls. According to the BBB, “If you answer "yes" there's a possibility that the scam artist behind the phone call has recorded you and will use your agreement to sign you up for a product or service and then demand payment. If you refuse, the caller may produce your recorded "yes" response to confirm your purchase agreement.”

However, the BBB didn’t provide any details for what scams, specifically, you would be exposed to or how those scams would work. When was the last time you were required to authorize a charge based on a “yes” that, apparently, would need to match your voice (given that no company you have a relationship with knows what your voice sounds like)? Nor did they give any specifics for how many people, if anyone, had been affected by these scams. Yet that didn’t stop many news organizations from reporting on these calls and whipping consumer fear into a frenzy.

Though that is not to say the potential for fraud associated with these calls is completely implausible. The FTC issued its own similarly-vague warning in March of 2017 about Can You Hear Me? calls, so I reached out to them for confirmation whether there was any historical precedent for this type of scam.

An FTC spokesman pointed me to two cases where scammers used fabricated recordings as evidence consumers had authorized switching long distance carriers. In each case, telephone services providers used a live person, not a robocall, to call consumers pretending to be either a representative of their true phone provider or the post office checking on package delivery. The caller recorded conversations with the victims, including the victim responding “yes” to a question, and then put through a switch of their long distance service. According to the Federal Communications Commission, when hundreds of consumers complained about the unauthorized changes, the scammers used the previous calls to “fabricate audio recordings as evidence of consumer ‘authorization.’” In both instances, the FCC cases resulted in multi-millions dollar fines for the perpetrators.

But is this what is happening in the “Can You Hear Me?” calls?

I strongly suspect not. A year later, and little evidence has arisen to show that the Can You Hear Me? scare resulted in any scamming. A search of the BBB Scam Tracker database shows thousands of reports related to Can You Hear Me? calls (with a large uptick after the news reports started), yet I was not able to discover a single one claiming any actual loss or theft.

The only story I uncovered connecting one of the robocalls to fraud was a local news story out of Seattle about a man who received a Can You Hear Me? call and then found an unauthorized charge for a hotel on his credit card less than a day later. But there was no evidence the two were related other than the coincidental timing and the station made no effort to investigate further. And given the probably tens or hundreds of thousands of people who have received these calls, it wouldn’t be surprising to occasionally see one coincide with some form of unauthorized charge.

So why does the robot on the other end ask if you can hear her? Probably for engagement. By sounding like a real person, especially one who is having a little trouble with their audio, the robocall is able to keep you on the phone a little longer – at least long enough to get its quick sales pitch in. And that first question, “Can you hear me?”, has the psychological effect of engaging you in a conversation, which puts your mind into receiving mode. If you knew it was a robocall or just heard a sales pitch, you would hang up right off the bat. Still incredibly annoying? Yes. But a scam to lose sleep over if you respond to it, no.

Given the amazing improvements being made in voice technology, robocalls are only going to get more lifelike over time. The best approach for now is to block as many as you can. If you have a VoIP line, I highly recommend Nomorobo. Winner of the FTC’s anti-robocall challenge, Nomorobo uses a continually growing list of known spammers to block calls. Better yet, it’s free. I use it for my home and business lines and it has significantly cut down the garbage. Nomorobo is available for iPhone ($1.99 per month) but, unfortunately, is not available for traditional copper lines. We also have options for blocking spam/robocalls on Android and using Google Voice to filter spam on all your phones.

Do you hate our website or another site listed in the story?