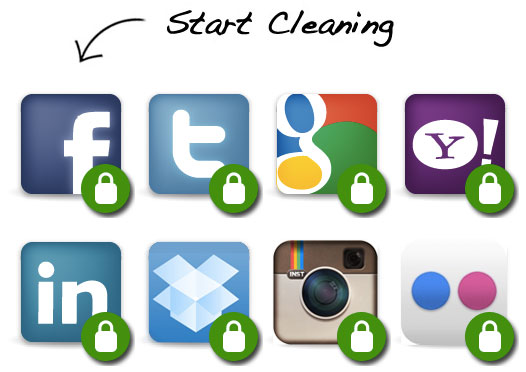 One of the concerns (and benefits) of services like Facebook is that they use an API, or application programming interface. Essentially, it lets anybody access chunks of data in order to create apps for the Facebook users. Many of these apps use Facebook’s authorization service, so that instead of, for example, having to register for both Sim Social and Facebook, you just sign in to the latter. But in the process of using these handy, 3rd party apps, we’re also opening the door to our personal information.

A new site, mypermissions.org, is a free service that links directly to the permissions pages of Facebook, Twitter, Google, Yahoo, Linkedin, Dropbox, Instragram and Flickr, letting you see what apps you've given permission to and, in most cases, remove old apps you no longer use with a single click.

It’s not that Facebook and Twitter are hiding the pages where you manage permissions, It’s simply that many of us simply don’t check that page often (or at all). What’s more, we all forget just how many, and which apps we’ve given permission to.

Checking our accounts, we've found dozens of permissions on Facebook for apps we haven't used in more than a year and even permissions for Twitter apps that have been suspended for violating Twitter's terms of service.

Using MyPermissions is a great way to clean the slate for the New Year.

wouldn’t i have to give them permission too. ironic

No, it's just links

No, you don’t need to give MyPermissions permission for your accounts. It just provides convenient links to the relevant account management pages for each of the services. You will still login to the services directly.