New Smartphones to Include Anti-Theft Kill Switch by June 2015 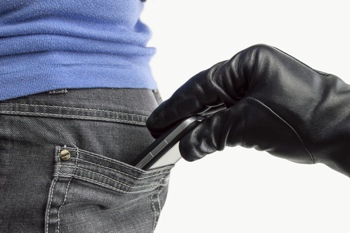 Virtually every major phone manufacturer and the five largest U.S. carriers have reached an agreement to include anti-theft kill switch technology in all phones sold after July 2015, it was announced Tuesday.

According to the terms of the Smartphone Anti-Theft Voluntary Commitment, signed by heavyweights Apple, Google, Samsung, Verizon, AT&T and more, manufacturers will need to include four basic anti-theft functions in smartphone devices at no extra cost. These include remote wiping, remote deactivation, prevention of unauthorized reactivation, and an ability to restore your data and functionality should recover your own lost device. These functions will be protected by password or PIN.

“We appreciate the commitment made by these companies to protect wireless users in the event their smartphones are lost or stolen. This flexibility provides consumers with access to the best features and apps that fit their unique needs while protecting their smartphones and the valuable information they contain. At the same time, it’s important different technologies are available so that a ‘trap door’ isn’t created that could be exploited by hackers and criminals,” said Steve Largent, President and CEO of the wireless industry trade group CTIA. “By working together with policymakers, law enforcement and consumers, we will deter theft and protect users’ personal information on smartphones.”

The unprecedented agreement comes on the heels of increasing legislative and law enforcement pressure to include anti-theft tech on smartphones. Past efforts to secure a voluntary kill switch agreement fell short due to the size of the phone insurance industry. But recent action by the powerful California state legislature to consider bills mandating the anti-theft tech, along with other state and local legislative bodies, forced the wireless industry to take nationwide action.

iPhone owners already have a built in kill switch of sorts called “Activation Lock.” It allows you to remotely disable a phone and prevent its use once stolen without your Apple ID. Unfortunately, it was recently discovered that Activation Lock can be easily skirted by thieves.