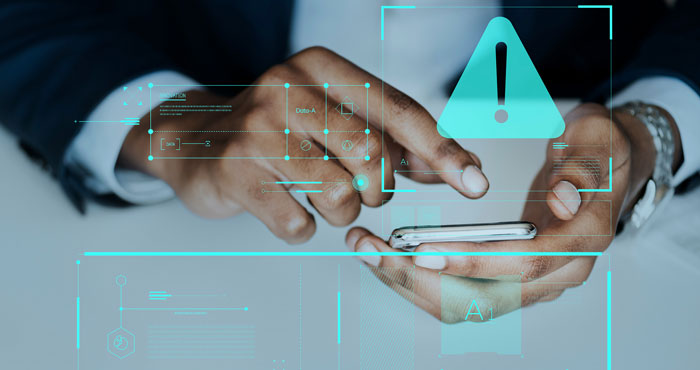 Is your smartphone protected against malware? While you may only think about malware as a problem for your PC, mobile devices are vulnerable, too. Mobile malware can be anything from a nuisance — running ads that drain your battery and data — to dangerous — apps that steal your information for identity theft. But no matter what malware apps do, it's important to avoid them.

Malware is more common in Android phones — so much more common that iPhone users may think they’re immune. But one dangerous piece of Android malware has just made the jump to iPhones, which is a clear sign that all smartphone users need to be careful.

The spyware Exodus has been preying on Android users for years. It’s relatively easy for malware-makers to sneak malicious apps onto the Google Play store, but Apple’s App Store is different. Because Apple reviews every app before users can download it, malicious apps are almost always caught before they ever go live. Apple users may feel secure, but where it comes to malware, it pays to be paranoid.

To let people get the app without Apple's approval, Exodus, tricked unsuspecting users into infecting their phones with malware. These malware-makers used an Apple program that allowed developers to distribute apps for testing without being approved by Apple first. This meant they were able to post the app online and trick people into downloading it. In the case of Exodus, it was designed to look like an app from your cellular carrier, a trick that lured in smartphone users looking for customer service.

Exodus had access to practically all of your personal information: it could collect your contact information, location data and photo library, as well as listening in on your conversations. The hackers who created Exodus could steal your accounts and your identity, making it a dangerous app to have.

Even though the app didn’t affect many users before Google and Apple pulled the plug, it demonstrates why we all need to be careful with our smartphones and other mobile devices. To keep your private information private, follow these smartphone tips:

Whether you’re on a mobile device or your PC, following these tips will help keep you safe from hackers and scammers.

I have Malwarebytes on my computer. Can I get that for my iPhone?

Yes, you can get Malwarebytes

There are better computer options, too

Malwarebytes is a good malware scanning tool, but has not received high marks for real-time protection on PCs. We recommend [url=“https://bitdefender.com”]
Bitdefender[/url], Kaspersky or Symantec (Norton) as better options.

The included free Microsoft Windows Defender got high marks from AV-Test so that’s also a good one to use.  As you say, Malwarebytes is not to good at real-time, but I always install it on every computer since once you get infected, it’s been one of the best programs to clean off an infected - better than McAfee, Kaspersky, Norton, etc.  Bitdefender fell short little in the Feb 2019 tests by AV-Test, but it’s usually strong.  Microsoft got a 6 out of 6 for protection and got 5.5 out of 6 for performance and usability.  So for something that takes zero work and $0, MS is doing pretty good these days.

Yes, Windows Defender has come a long way and would definitely be my current free option recommendation. It doesn’t have the bells and whistles of the paid services, such as parental controls and password managers, and it also doesn’t have phishing protection by default (though you can get it be installing the Windows Defender Chrome extension), but it’s core anti-malware protection is solid.