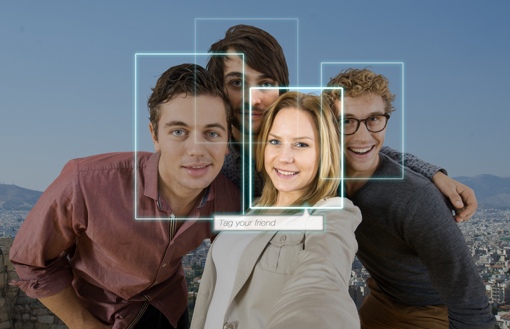 Facebook’s facial recognition technology is getting so powerful, it no longer needs to see your face to identify you. According to an article Monday in New Scientist, researchers at Facebook have developed an experimental identification algorithm that not only takes into account a person’s face, but also their clothing, body shape and pose. It’s facial recognition – but with no face pic required.

“There are a lot of cues we use,” explains Yann LeCun, head of artificial intelligence at Facebook. “People have characteristic aspects, even if you look at them from the back. For example, you can recognize Mark Zuckerberg very easily, because he always wears a gray T-shirt.”

As part of the research, the Facebook team analyzed over 40,000 public photos from Flickr. In some photos, the subject has their face visible; in others, faces are obscured. Facebook’s experimental algorithm was able to successfully identify people with 83% accuracy using other features. That's not as impressive as the human-level performance of Facebook's facial recognition, but it's still a surprisingly strong and shows how potentially powerful this tech could be.

The new feature seems destined to make its way to the social network to help identify and tag people in photos more accurately. But it wouldn’t be without controversy – there are real privacy implications to such a powerful identification algorithm. This is especially true once it moves beyond Facebook, used out in the real world by the police and other authorities.

In 2014, a Chicago artist began printing 3D resin masks of his face for people to wear as a means of thwarting facial recognition. Now, just a year later, it seems like even masks might not be enough to maintain your anonymity against the technology.