Is the FCC Finally Getting Serious about Stopping Robocalls? 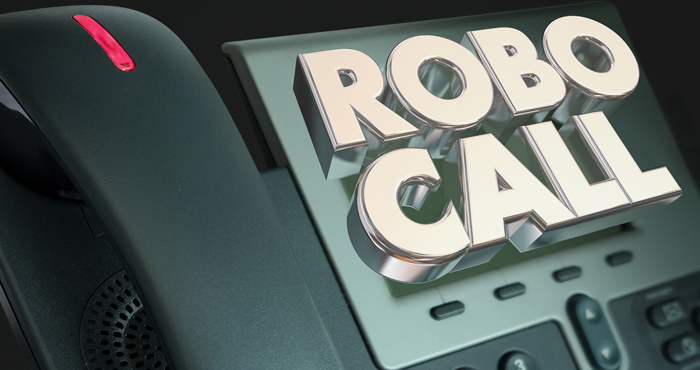 If there’s one issue everyone can agree on it’s their absolute, visceral hatred of robocalls. The scourge is so bad (an estimated 4.4 billion robocalls were made in September, alone) that a bipartisan group of 35 state attorneys general sent a letter to the Federal Communications Committee (FCC) in October requesting action.

Yet, while the FCC has taken some steps to encourage industry-wide technology solutions and allow phone carriers to do more to block suspected scam calls, it has largely left the implementation of these solutions in the hands of the carriers. And while some carriers have implemented partial solutions on their own to stop robocalls (often for a fee), the industry-wide solution still appears to be years away.

With a letter sent this week to 14 of the largest US telephone carriers by FCC Commissioner, Ajai Pai, it appears the FCC’s approach may finally be changing. In the letter, Pai “demands” that the phone industry adopt “a robust call authentication system to combat illegal caller ID spoofing and launch that system no later than next year.” And, Pai goes further to state that “If it does not appear that this system is on track to get up and running next year, then [the FCC] will take action to make sure that it does.”

But this isn’t a pie-in-the-sky demand. The framework for making this happen is already in place. Using the truly awesome acronym of the Secure Telephone Identity Revisited (STIR) and Signature-based Handling of Asserted Information Using toKENs (SHAKEN), the STIR/SHAKEN system provides carriers around the globe a means of digitally signing each outgoing call so that the receiving carrier can verify where the call originates from and if it is authorized to originate calls from that number. Calls that don’t pass verification (i.e., those that are more likely to be a spoofed call) could be blocked. Because all of this happens at the carrier level, SHAKEN works equally well for cell phones, landlines and VoIP lines.

In many ways, the system will be similar to the Sender Policy Framework (SPF) technology that allows companies to prove an email has not been spoofed. And to ensure everyone plays nice in the sandbox, there will be a centralized governance body that will certify carriers as SHAKEN compliant and, critically, have the authority to de-certify carriers who fail to prevent robocalls from being generated through their system.

Of the 14 US carriers Pai addressed, seven - AT&T, Bandwidth.com, Comcast, Cox, Google, T-Mobile, Verizon – have made a commitment to implement SHAKEN. While seven others - CenturyLink, Charter, Frontier, Sprint, TDS, US Cellular, Vonage – have not. Reading between the lines, the FTC is threatening to take some sort of action against those that do not have a plan to implement SHAKEN in 2019, though we don’t know what those actions would be.

While most US carriers may have the technology in place by the FCC’s 2019 deadline, we don’t know how each carrier will treat calls that aren’t SHAKEN signed, including calls from international providers who may be slower to adopt the technology. It is logical to think there will be some phase-in period that could last for years before all non-SHAKEN calls are completely blocked.

We also don’t know the commercial terms for how each carrier will offer SHAKEN to its customers. When we analyzed the current methods available to consumers for blocking robocalls, some, like AT&T, offered a robust solution, but only if subscribers paid an additional $3.99 a month fee. T-Mobile provided a less comprehensive solution for free. And Sprint had the ignominious distinction of offering only a weak solution and still charging a fee for it. The FCC has taken no position on how carriers should be offering SHAKEN to consumers, though I suspect market forces will favor those that include it at no cost (let’s keep an eye out for those claiming “free” than tacking on some type of “regulatory recovery fee”).

All in all, this step by the FCC is great news for all of us – businesses and consumers. When implemented (and let’s hope the FCC keeps the pressure on to do it soon), SHAKEN has the potential to completely end the robocall plague. Until that happens, here’s our advice on how to stop robocalls and prevent them from leaving voicemail.

Robo calls are just like that deadbeat at the intersection with the cardboard sign.
If you want them to stop, don’t give them any of your time or money and they will stop.
I tell them to mail me the information and I’ll review it and then hang up.
So we have regulators who choose to not do their job!
If you think the carriers are make them stop you obviously forgot where their income is generated.
Just say no and hang up every time and they will eventually stop.