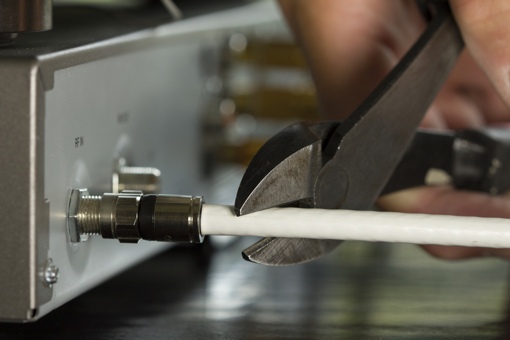 Your local cable company likely enjoyed monopoly status in 2014 – most municipalities have little to no competition when it comes to picking providers. Next year, however, your local cable company may have a lot of competition on their hands thanks to the Federal Communications Commission (FCC). This past Friday, the FCC moved forward with a plan that could create a new industry of Internet-based pay TV providers.

Currently, both local cable companies and satellite providers have government-mandated access to, essentially, a television channel bargaining table. They’re guaranteed a right to fairly compete for the rights to air channels. A company that might want to deliver those same channels over the Internet for a fee, like the now defunct Aereo, doesn’t have the same right to negotiate. This FCC action would change that, simply by changing how it defines the phrase "multichannel video programming distributor."

If the FCC does follow through with its plan – there’s a mandatory 30- and 45-day comment and reply period before any further action can be taken – it would change the pay TV landscape drastically. Instead of paying your local cable company for television, you could choose one of any number of Internet-based television providers instead. These smaller innovators will likely compete on price in places where no such competition occurs, making pay TV cheaper on the whole. They’re also more likely to experiment with unbundling and other ideas than a large multi-billion dollar media conglomerate like Comcast, which owns NBC, Bravo, Telemundo, E!, The Weather Channel and plenty of other major channels.

“Big company control over access to programming should not keep programs from being available on the Internet,” said FCC Chairman Tom Wheeler. “By facilitating access to such content, we expect Internet-based linear programming services to develop as a competitor to cable and satellite. Consumers should have more opportunities to buy the channels they want instead of having to pay for channels they don’t want.”