How to Seek Refunds for Unauthorized Android In-App Purchases 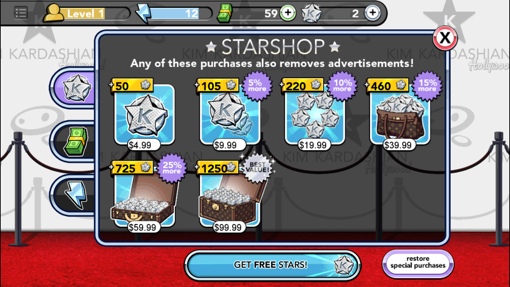 If your kids made unauthorized in-app purchases on an Android smartphone or tablet, it’s time to seek your refund. This week, Google has launched a special page on Google Play that allows you to review your past in-app purchases and flag those made by a minor that you did not personally authorize. Once flagged, you can simply click the Refund button, provide more information if requested, and get your lost money back. The entire process is surprisingly quick, simple and painless.

The refunds are being offered as part of a $19 million settlement Google reached with the Federal Trade Commission (FTC) earlier this year. In 2011, the complaint alleges, Google allowed in-app purchases to be made without requiring a password, leading many kids to make unapproved purchases of in-game items using their parents’ credit card. Google partially addressed the issue in 2012, but children could still make unlimited purchases in any 30-minute window following the entering of a password. “As a result,” the official FCC complaint reads, “parents and other account holders have suffered significant monetary injury, with many thousands of consumers complaining about unauthorized in-app purchases by children, and many consumers reporting hundreds of dollars in such charges.”

To be fair, both Apple and Amazon have gotten into trouble with the FTC over in-app purchases as well. Apple has agreed to refund $32.5 million to customers who have suffered unauthorized in-app purchases; you can learn more about the process for seeking a refund for those purchases here. Amazon, meanwhile, has thus far resisted FTC efforts to get it to offer refunds.

To qualify for a refund, all requests must be submitted by December 2, 2015. Approved refunds will be electronically sent to the bankcard that was originally charged within “several days following review” of the request; allow 30 days for physical checks to be issued, if required. You can learn more about Google’s FTC Consent Settlement refund process by visiting support.google.com, or by visiting the refund request page on Google Play directly.

My Wells Fargo checking account was charged 49.99 and 24.99. I did not request this purchase of coins for gold fish slots. I want this money returned to my account, if not returned I will have Wells Fargo start an investigation for fraud.

Something was purchased on my card for 39.99 I didnt do this

I want my refund back

I want my refund back

I have 9 dollars in unauthorized charges to a credit card that was canceled I would really appreciate your attention to this matter I would just like to be refunded for the amounts charges thank you.

This is not the place to request refunds

If you are looking for refunds for app purchases, you need to visit the refund request page on Google Play: https://play.google.com/store/ftc or contact Google support: https://support.google.com/googleplay/answer/6099759?p=inapp_faq&rd=1

said page on google seems to have been taken down as the order which made them put it up in the first place apparently expired on dec 2 2015.

I got scammed using Google play card’s for a total of 5000.00 dollars can you help me get my money back please.

How did you get scammed?

Not clear what type of scam you were the victim of, but your first step should be to go to the police. Depending on what happened, you may or may not be able to recover your money. Google has more information on Google Play scams here: https://support.google.com/googleplay/answer/9057338?hl=en

No help from Google or my bank

Purchases were made on my card to Google play store over the space of 6 months. All were small denominations so that I didn’t notice until I checked at the end of August. Google play cant verify the transactions because my email was not used and my bank are claiming they cant help either. Over £500 gone from my account and after weeks of waiting for an outcome the bank say I have to go through Google, who tell me they’re unable to find the transactions. What can I do to get my money back?