Hackers Are Stealing Keyless Entry Cars with a $200 Device

by Chelsey B. Coombs on March 22, 2016
in Travel & Entertainment, News, Computers and Software, Blog, Privacy :: 3 comments 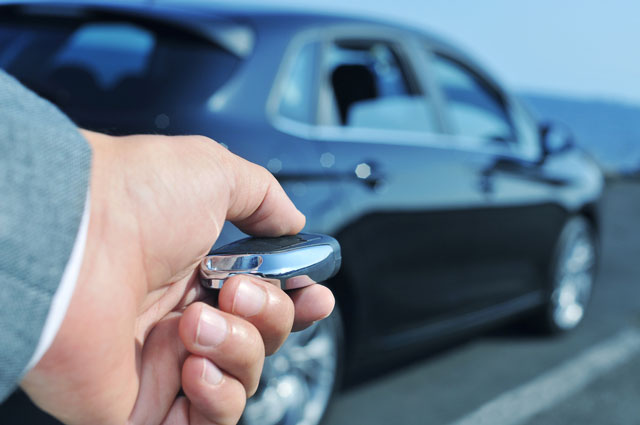 Wireless key entry has made getting into the car much easier and safer than it used to be. As long as the key is somewhere on your person, the door will just open. Some thieves are using exploiting this technology with a $225 tool that lets them open the doors and start the car without having a key fob, according to the German automobile club ADAC.

Wireless car entry is dependent on radio communication between the key fob and the car itself. When the key is close enough, it sends a message to the car’s entry system, signaling someone is ready to unlock the doors or start the engine. The car entry system sends a signal back to the key fob, and if the fob is reached, the two work in concert to perform their duties.

The ADAC researchers used that same principle to get into the cars without having to place the fob physically close to the car. They built one radio and placed it by the victim’s car, and placed another in the range of her fob. The radio by the car signaled to the vehicle to open the door, and then the car’s entry system sent out a signal to the key. While the actual key fob could be up to 300 feet away, the second radio was able to amplify its signal to the first radio to open the door and turn the car on.

Because the ADAC’s radio tools were so inexpensive and easy to make, the club did not publish the exact diagram for fear that others could easily replicate their methods. However, thieves are already using similar tools to open unsuspecting victims’ cars, as seen in the German language surveillance video below.

It’s important to note that the cars the researchers tested were all European models, which operate under different radio frequencies than those from the U.S. However, they said the same technique could potentially be used here. One hacker was able to access any car or garage with keyless entry using a $32 device he built himself.

If you’re concerned about someone compromising your keyless entry vehicle, one step you can take is to put your fob in a metal box called a Faraday cage, which blocks electric fields from entering and thereby stops thieves from accessing your fob’s signal. Most of us have one of these Faraday cages at home, in the form of our freezers. Not all freezers are Faraday cages, though, so your results may vary.

You can also buy an inexpensive signal-blocking pouch to house your key, like the Sky Direct ($9.95 on Amazon) or the smaller FobGuard ($29.95 on Amazon).

On the whole, it’s important that car makers put the ADAC’s research and other security research into practice by building smarter key fobs and software systems without these vulnerabilities. Keeping your car from malicious joyriders might depend on it.

All technology looks like it’s a bit too much for people to handle now huh? But we’re not going to bring cars back to the ice age just because some hackers managed to break one or two codes. And as long as the car finance plans are not being affected by recall or upgrading the software, it’ll just be back to the drawing board for better coding and security for now though!

Lock and keys are the best way to secure, next to a gun with a handler with great aim.  Electronic crap I make sure I ask to have removed if an option. If not, we keep it old school.  I don’t need my car to open doors for me. Open my trunk.  Start with me out of the car.  Any of that dumb shit they are marketing today.

Last night my sister toke my car (2013 dodge charger) to her friends house who lives in this hood and my car was broken into. When she came outside she said my window was ajar , my car has keless entry standard for the 2013 charger. It look like they were able to press with both hands against my window and force my window down . im mad as hell right now . So basicly they dont even need some kind of device that can hack your car they can jus press agaist your window and force it down i dont even know how thats even possible my sister said the alarm didnt go off because she was sleeping in her friends living room and she wouldve heard. So now im wondering why my alarm didnt even go off. I dont even know what to say at this point ... I hope this informs the next guy im still lost at how they got my window down maybe my sister left my window a little bit open but most of the times my sister is more aware of the car then me . i guess its time to get on-star..