How to Claim Your $25 from the iPhone Batterygate Settlement 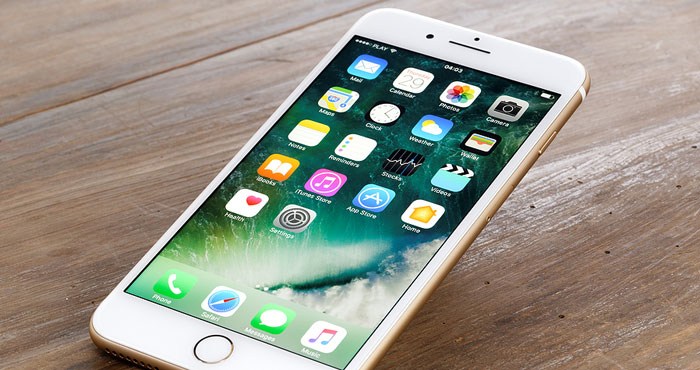 Do you own — or did you own — an iPhone 6, 6s, or 7? Then you may be eligible for a $25 settlement payment due to a class action lawsuit against Apple. The lawsuit was about "batterygate," in which Apple was slowing down older iPhones with batteries that were no longer capable of hitting peak performance. Though this kept phones from crashing, Apple didn't tell users when it was happening, so your phone may have slowed down for no reason apparent reason.

In iOS 11.3, Apple added a Battery Health option which let you check whether your battery was operating properly, and you can now check your battery status under Settings > Battery > Battery Health to see whether iOS is throttling your processor. But that didn't stop the lawsuits, which have come to a close with a $500 million settlement. Only a paltry $25 can be yours — and only if the settlement money doesn't run out — but it's so simple to file a claim that there's no reason not to.

You're eligible if you owned:

If you did, you can claim $25 per device on the settlement page, and it only takes a few clicks to claim it. Here's how:

If you can't get your serial number but still think you're eligible, you can submit a claim via mail instead:

Claims have to be submitted online or received by mail before October 6, 2020, though you probably won't receive your payment until the end of the year (or later, if the settlement is appealed). Still, that's $25 you didn't have before, so you may as well file a claim.

Can I submit a claim for each one?

Yes, you should be able

Yes, you should be able to put in a claim for each one.

It feels like Apple is making it as difficult as possible to submit a claim.  I am looking at my husband’s iPhone 7, reading the serial number from the “about” information, and Apple tells me it does not match their records!  I don’t have a clue how to make it match any better….

Did you try looking up

Did you try looking up the serial number by entering your Apple ID and address?

I tried both ways.

I tried both ways.  Either way I get the same response.

I get the same issue.

I get the same issue.

Selling worldwide, settling only US

Apple sells products worldwide but currently settling claims only for US, once again discrimination from Apple.

That's where the lawsuit was filed.

The payments are only being made because of a class action lawsuit that was filed in the US. Other countries would need to pursue their own legal measures.

how do you file a

can we fill it out

can we fill it out if the phone hasn’t had diminished performance yet?
I’m scared that the penalty of perjury will affect me because I have a iPhone 7 plus but it still works fine, not sure if I can still fill out a form for it though.

How do I submit this claim?  I hit submit claim online and it just hours to back to same thing ..?

You are past the deadline

The deadline to submit online claims for the Apple battery settlement was October 6, 2020. So unfortunately, you missed the opportunity.

My iPad was working perfectly fine but it said I should update so I did. Now I cannot watch TV at all! Whats going on?

And I missed it

I have been having issues with my iphone 7 far beyond battery life, but was naive enough to believe it must be just me and didn’t look into this until I just got a new cell phone and can’t believe it doesn’t come with what I need to charge it. Thought I heard there was a lawsuit regarding that. Seems like we’re being set up to lose here.

did not know about this

I recall getting a reduced-priced battery. I just saw that Apple had sent me a notification of the lawsuit to one of my iCloud addresses, which I never use, instead of my normal address which is on all of my apple purchases. I feel that it’s unfair to exclude anyone who has purchased their phones.

iPhone 7 Plus slow down

I filed the form which said I was eligible! Has anyone received payment yet!

I haven’t received a penny

Never heard about this again after the initial email and filing a claim.