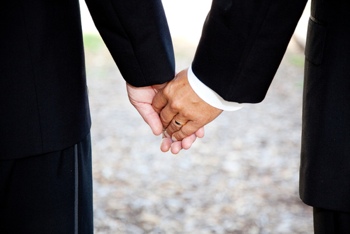 There’s nothing wrong with the browser itself, but company Mozilla has come under a lot of fire recently for its appointment of Brendan Eich as CEO. In 2008, Eich financially supported the now infamous Prop 8 ballot initiative banning gay marriage in the state of California, and has made other public statements in opposition to such unions.

Attempt to visit OKCupid using Mozilla Firefox, and you’ll be greeted by an apology and the following message:

“Politics is normally not the business of a website, and we all know there’s a lot more wrong with the world than misguided CEOs. So you might wonder why we’re asserting ourselves today. This is why: we’ve devoted the last ten years to bringing people—all people—together. If individuals like Mr. Eich had their way, then roughly 8% of the relationships we’ve worked so hard to bring about would be illegal. Equality for gay relationships is personally important to many of us here at OkCupid. But it’s professionally important to the entire company. OkCupid is for creating love. Those who seek to deny love and instead enforce misery, shame, and frustration are our enemies, and we wish them nothing but failure.”

Prop 8 was overturned by the U.S. Supreme Court last year, and as OK Cupid notes, “(Eich’s) contribution is now six years in the past.” Still, Silicon Valley was notably early to embrace gays and lesbians, and most high-tech firms strive to offer a pro-equality corporate culture. At least one of Mozilla’s directors recently stepped down in opposition to the hiring, and many of the company’s employees have publically spoken out against Eich.

If you’re looking for an alternative browser to Firefox, I recommend Google Chrome. It offers voice-activated search, the Google Now personal assistant and a slew of great security features. To replace the mobile version of Firefox, check out this selection of Android browser alternatives.

Don’t forget Internet Explorer, from Microsoft.  Version 11 is a FREE download on their site, and invites you to “touch the web.”