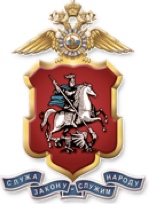 Mobile phone theft is a huge problem in Russia, just as it is in the United States. But while police chiefs and attorneys general in America are demanding phone manufacturers take action, the Moscow police department is employing a different tactic: Tracking the movements of every single person with a cellphone who enters the city’s subway system.

According to Russian newspaper Izvestia, Moscow police are moving forward with a plan to blanket the city’s subway system with SIM card readers capable of identifying each passenger by their phone number from up to 5 meters away. When a phone containing a stolen SIM card is detected, the new security system will alert police and begin tracking its movement.

Privacy advocates are, predictably, up in arms over the police department’s plan. It is illegal for police in Russia to track a person using his or her own property without permission. The Moscow police scanner plan employs a legal loophole – a phone’s SIM card is the property of the owner’s mobile carrier. Police can track a corporation’s property without restriction.

Because thieves discard stolen phone SIM cards almost immediately, many are calling the motives of the Moscow police into question. “Many surveillance technologies are created and deployed with legitimate aims in mind,” says Privacy International’s Eric King. “However, the deploying of (SIM card scanners) sniffing mobile phones en masse is neither proportionate nor necessary for the stated aims of identifying stolen phones.”

While the U.S.S.R. may be long gone, it appears that a few of the former republic’s heavy handed tactics die hard. Here in America, we catch the train. In democratic Russia, the train catches you.