Should Police Officers be Required to Wear Cameras? 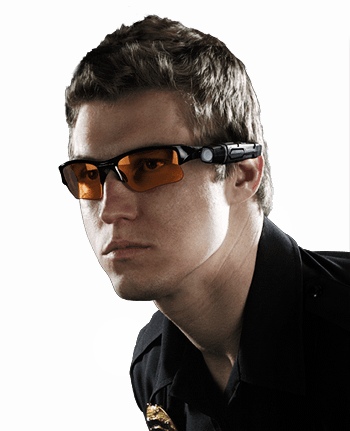 Here’s a tough political question: Now that it’s technologically and economically feasible, should cops be required to wear Google Glass-like cameras at all times?

Police departments across the country have either embraced, or are experimenting with, the technology. This past January, the Los Angeles Police Department began a limited test, equipping 30 officers with cameras that record their interactions with the public. Further north in Oakland, California, 455 police officers have been wearing “Personal Digital Recording Devices” since 2009.

One popular model of police cameras (shown) is manufactured by TASER and can be clipped to an officer’s glasses or uniform. The cameras can be had for as little as a few hundred dollars each. When training and other expenses are built in, however, the cost rises quickly. Los Angeles is expected to pay over $1 million to equip 600 officers with cameras if the current test proves successful.

Law enforcement, for its part, largely approves of the use of such cameras.

“It’s ground breaking, it’s starting to build up some steam, and I think it’s truly the wave of the future,” Tony Farrar, police chief for Rialto, California, told CNN. Rialto police have employed wearable cameras since 2012. Since then, the city has seen a significant drop in incidents involving the use of force and a drop in citizen complaints in general.

That, of course, is one of the main benefits of the technology. The CATO Institute’s National Police Misconduct Reporting Project was able to identify 4,861 reports of police misconduct in 2010. A plurality of these reports alleges excessive force. It’s unknown how many of those allegations represent legitimate police abuses, but with officer-mounted cameras, it would be easier to resolve such reports with hard evidence.

“Having cameras takes away the he-said-she-said thing… It can improve accountability that way,” explains Andrea Russi, director of criminal justice for the Warren Institute on Law & Social Policy at UC Berkley Law. “It can also be cost effective because misconduct and lawsuits prove to be so expensive for police departments.” 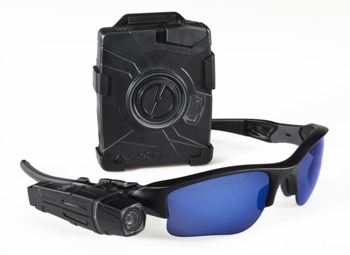 Cameras aren’t just to protect police against lawsuits. Police camera footage can be used in court, and is arguably more reliable than eye-witness testimony.

“Overall, we think they can be a win-win—but only if they are deployed within a framework of strong policies to ensure they protect the public without becoming yet another system for routine surveillance of the public, and maintain public confidence in the integrity of those privacy protections,” the ACLU explains in a report on the topic. “Without such a framework, their accountability benefits would not exceed their privacy risks.” The ACLU is calling for stronger regulations over when police are required to start recording, limitations for how long recordings can be stored, and better public education about which officers are equipped with the technology.

Technology Not Ready for Full-Time Video

As a TASER instructor and use of force trial expert, I have found that video, while powerful, does not always provide a complete or accurate ‘picture’ of an event.  Technology that’s available (and affordable) in most body cameras, including TASER’s, does not allow for full-time and continuous recording. They must be turned on manually, a task officers must remember OR have time to do. Other shortcomings include a maximum record capacity, usually less than 4 hours. Additionally, the field of view for body cameras I’ve tested is 140-160 degrees. The human eyes have more than 180.

Until effective all-the-time video recording technology becomes available, I do encourage officers to wear microphones that record everything audio. To that end, most jurors want to know what was said, just as much, if not more so, than what was done.

Jon, I completely agree that video is a powerful component when gathering evidence of an incident. Backed by audio that static CCTV can’t provide, body worn cameras can demonstrate context which might otherwise be lost.
However, I have to disagree with the limitations of the equipment you mention.  Edesix VideoBadge has been producing body worn video cameras which record continuously for 8 hours since 2011 and the latest model has the capacity to record for up to 16 hours.

The pre-record function means that if they have not been set to record all the time, the actions of all parties are not missed by a delay in activation. When something does happen, it captures video and audio for a predetermined duration before it is switched on – all securely encrypted.

While there is still work to do by some forces to establish policy of use, the technology is already available to support them, and continues to develop at a pace.

“the polygraph is the single most effective tool for finding information people were trying to hide.” - DIA, NSA.

Make policy that polygraphs for all new hires expire every 2-5yrs. http://shar.es/epfm2

And so does the public.

Wherever you are in the World, in your own jurisdictions, in your own capacity, you can do something, anything, just one thing. And make a difference.

I don’t feel police officers should be required to carry cameras. We have several investigative officers in the department more than happy to visit a crime scene.

Most officers carry their cell phones with them,most of which have built in cameras. I wii take a picture or 2 if I see something which may have been missed.