Smart Speaker Malware Can Record You and Steal Passwords 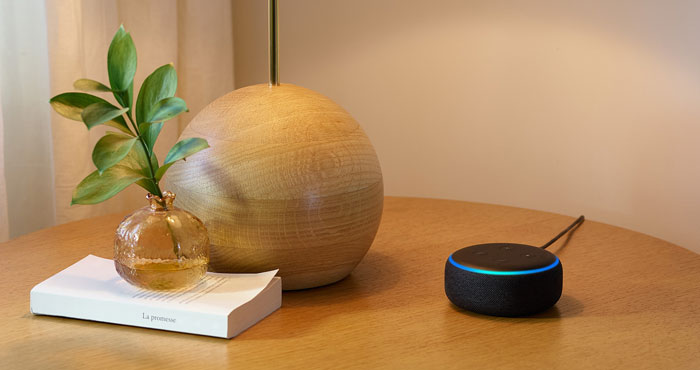 With one third of U.S. households owning a smart speaker, according to the Consumer Technology Association, they are fast becoming must-haves for your smart home. Unfortunately all of that convenience comes with a potential cost. Researchers have discovered that malicious apps can make your smart speakers collect your personal information. These underhanded apps either indefinitely record you or try to trick you into giving up your for passwords, which can then be used to hack into your accounts.

To start a long recording, the app prompts the smart speaker to say an unpronounceable character, which results in silence. To most of us, that silence indicates that the app has stopped listening, but really the app is still running and collecting data. The malicious app plays this unpronounceable character repeatedly to produce silence while recording everything you say within range of the speaker. Amazon, Apple and Google let you control and delete your recordings, but recordings that are initiated by malicious apps may be sent directly to the app-makers, with no way to control what happens to your information.

Other malware-infested apps are more sophisticated and attempt to get very specific pieces of information from you: namely logins and passwords. These apps may play an error message — like Alexa might say “this skill is not available in your country” — and then lapse into silence so you think the app has closed closed. But then the app mimics a system message, asking for your username and password to install an update or something similar.

We’re used to seeing this kind of phishing attempt via email, text messages, and malicious websites, but not from our smart speakers, so this new kind of malware could catch you off guard. The good news is that employing the standard computer security tips you'd follow to stay safe whenever you’re online can help you avoid smart speaker malware, too.

Here’s what to do to avoid getting into trouble with your smart speakers:

Malware is a potential problem for Amazon Alexa speakers and Google Assistant speakers (Apple's HomePod speakers restrict apps from this kind of behavior), but you should follow these precautions with any smart device you use. For now, Amazon and Google have removed malicious apps and tightened up security, but there's always the risk that more malware could pop up.

Which Apps have been discovered to contain the problem

Knowing which apps to avoid would be very helpful.

I would suggest and say that it would behoove you to check with Amazon Alexa higher end support to both confirm this as well as to re-post to your readers, because as it currently stands, you have provided mis-information that could be very costly to users of the Alexa unit(s).

Ring and other home security

I concede.  But, that should still have been mentioned nonetheless.

I understand that it’s virtually impossible to cover all bases when it comes to this technological area, but still, it’s better that any type of corrections be noted as well, and especially with the sensitivities contained in these devices these days.

As for the readers, it’s now been said, here, and although not as good as having originally been mentioned in the primary article, it’s still here and better than nothing.

Still, a good job and I educate myself with your articles, so I thank you for that.