The Google Play Store just released its list of the Top 10 Apps and Games of 2015. While there is some overlap between this list and Apple’s, Google’s favorites let you build your own empires, play mobile versions of your favorite games, learn something new and take the hard work out of shopping with your phone. 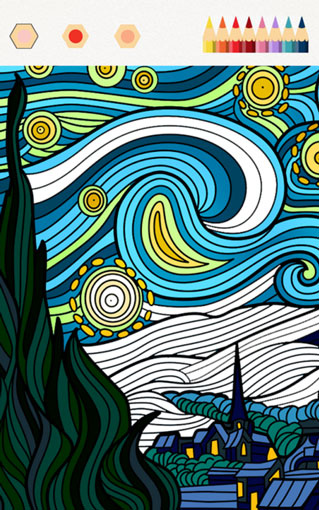 This year, coloring books made a comeback… for adults. Colorfy takes the anxiety-reducing activity of coloring to your device display.

The Amazon competitor, Jet, which boasts free two to five day shipping on orders over $35, was selected by Google for its great user experience.

Khan Academy started as a series of YouTube videos to teach people about math, science and the humanities. The Khan Academy app lets  you do just that, but on-the-go.

This app lets you make your own music videos using your photos and videos and free licensed music that isn’t lame.

Buy and sell stocks (for free!) using this new app that’s been taking the app and finance world by storm.

Up your Instagram game with Adobe Photoshop’s mobile app. More likes and followers not included.

If you’re a photographer, videographer or audio person, chances are you’ve made a trip (or several) to B & H. Their new app is easy to use and lets you shop for new lenses and tech even when you’re on the way to a shoot.

There are over 1,000 emojis, stickers and GIFs in this keyboard app, so you’ll never again have to fret about finding the perfect mood-matching symbol.

This app is the Rosetta Stone for your phone. You can learn 11 different languages, including Chinese, Russian, Spanish and French.

Cute promises you 50 to 90 percent off retail prices on beauty products because they shop directly from manufacturers. Your makeup will be on point for a lot less. 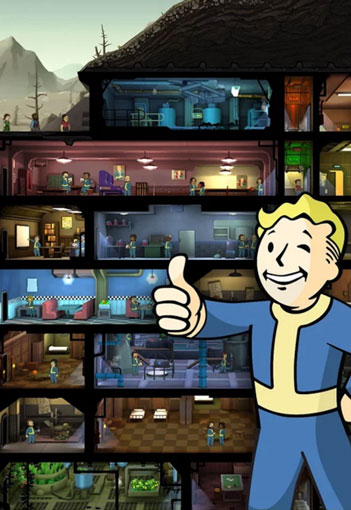 In the mobile follow-up to the popular video game, Fallout, you can control the fates of vault-dwellers in a post-apocalyptic world.

Mobile Strike is a war strategy game that lets you fulfill your fantasy of being action hero and former governor of California Arnold Schwarzenegger. As Arnold would say in Predator, “DO IT!”

Although the characters look cartoonish, your village won’t be as you battle rival villages in this strategy game.

As the name implies, you’ll cross the road to get to the other side as a chicken, a pigeon, a unihorse and more in this homage to Frogger.

The third war strategy game on this Best of list, with DomiNations, you can conquer the world throughout history.

While Candy Crush may seem like old news, Google has the addicting puzzle game coming in at number seven.

You’ll want to burst your bubbles in Panda Pop, where you try to rescue panda cubs from an evil baboon.

Even you can be Columbo as you search for clues and fight for justice as a detective in this hidden object game.

10. Need for Speed No Limits (Free on Google Play)

Put the pedal to the metal as you compete in an underground racing ring.