Twitter Brings Back its Block Feature after Major Backlash 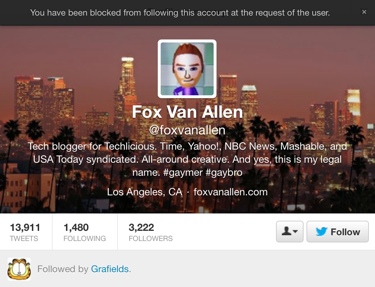 Twitter today announced that it has undone a controversial change to its blocking policy. Now, whenever you block someone on the social network, the person who you’ve blocked will truly be blocked – and be able to tell.

Earlier in the week, Twitter effectively turned its block button into a mute button. Anyone you had blocked would still be able to follow your account and post replies to your content, though you wouldn’t be able to see it. Today’s changes bring back the old block button, which indeed does prevent abusers from following your account.

Twitter users were up in arms over the initial changes, stating it empowered those who use the social network for cyber bullying. Uproar was so strong, in fact, that Reuters reports company officials held an emergency meeting late last night to discuss undoing the change.

For its part, Twitter apologized but continues to defend its initial reasoning. “We believe this is not ideal, largely due to the retaliation against blocking users by blocked users (and sometimes their friends) that often occurs. Some users worry just as much about post-blocking retaliation as they do about pre-blocking abuse. Moving forward, we will continue to explore features designed to protect users from abuse and prevent retaliation,” the official Twitter blog reads.

The social network also implemented new functionality today that allows you to share photos in direct messages on the site. That far-less-controversial change remains in tact.

For more on the change to Twitter’s blocking efforts, check out the official Twitter blog or follow @safety on the social network.