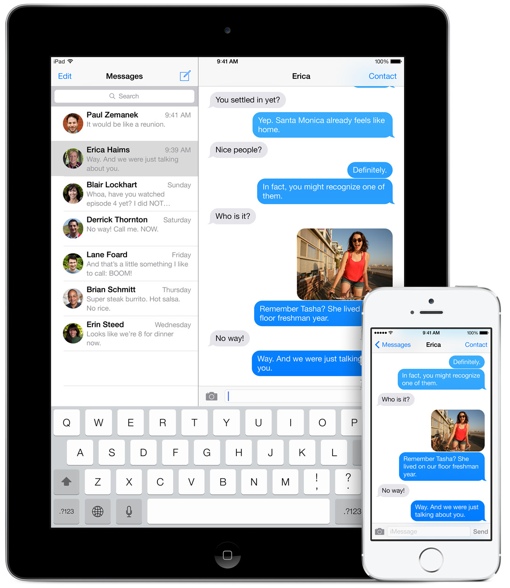 Apple’s iMessage service, in just a few short years, has completely revolutionized the way smartphone owners communicate with each other. It gave rise to an entire industry of chat apps, effectively killing carriers’ ability to gouge the public with text messaging charges.

But for all the good things iMessage has done for us, it has one critical problem. Its proper operation requires Apple servers to understand which phone numbers are associated with iPhones, and which aren’t. And when that information stops being accurate – say, when you decide to switch to an Android device or obtain ownership of a previously owned phone number – iMessage essentially breaks. Messages sent from other iPhones go undelivered, gobbled up by Apple’s servers.

Lost messages have been a problem since iMessage launched in 2011, but it’s only now gaining notice as people switch to the increasingly attractive Android operating system. The issue doesn’t seem to hit 100% of users, but it’s pervasive enough that Apple is now facing a class action lawsuit over it – and real pressure to fix it.

Recently, glitches with Apple’s servers have made the iMessage problem even worse, limiting the company’s ability to workaround the issue in the short term. Apple is aware of the issue, and is working on fixing it. “We recently fixed a server-side iMessage bug which was causing an issue for some users, and we have an additional bug fix in a future software update,” the company said in a statement. “For users still experiencing an issue, please contact AppleCare.”

In the meantime, if you’re thinking about switching from an Apple iPhone to an Android device, there is something you can do to minimize the odds of running into this iMessage glitch. Before you disconnect your old iPhone, enter your phone’s setting and disable iMessage. You’ll also want to make sure iMessage is off on your other Apple devices, like your iPad or MacBook.