Stop Paying for Texting with These Free Messaging Apps 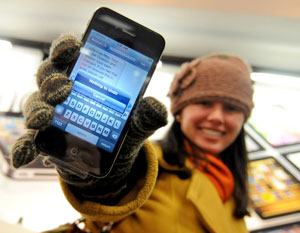 Do you pay for text messaging? If you have a smartphone, you don't have to. There are plenty of mobile messaging app alternatives that you can try at no cost. They work with different types of phones, your computer, and even communicate with your friends' regular phones. Plus they work over Wi-Fi — great if you're traveling internationally.

Text messaging is billed as text messaging or may be part of a bundle of voice, text and data. And if you're paying per message, photos cost more than plain text — 30 cents for photos and 20 cents per message. Mobile messaging uses your data network, so you are either using your billed data or Wi-Fi, which is free. 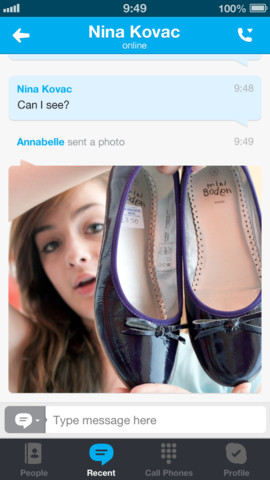 If you own an iPhone, you may already be using mobile messaging. The text app that comes loaded on the iPhone, iMessenger automatically defaults to sending mobile messages rather than texts to other iOS devices. You'll know someone is sending you a message via iMessenger if it shows up in a blue bubble, rather than a green bubble.

Beyond the iOS universe, an easy way to get started with mobile messaging is to try a service that you know friends and family already use. For instance, I use Skype a lot with my parents and mother-in-law, so it's a great way to message with them. Skype is available for Android, iOS, Windows Phone, BlackBerry, Macs and PCs.

Finally, if you're willing to pay a dollar, Whatsapp is a very popular mobile messaging app available on all smartphone systems. It includes group chats, video and picture sharing as well location sharing. It uses your data connection instead of your phone service connection to transmit messages. So as long as you are using wifi or haven't exceeded your monthly data limit on your celphone plan, you should incur no extra costs to use this app.

Before making the switch, check to see if your plan is still available from your carrier. Because once you shut off texting, you may not be able to get your same plan back. And regardless of your text plan or which mobile messaging service you go with, you should wait to shut off text messaging until you know it will work for you and the people you text.

Also worth noting: Parents lose the ability to monitor their kids' texting habits with mobile messaging. Your carrier's parental controls only work with the text-messaging app that comes with the phone.