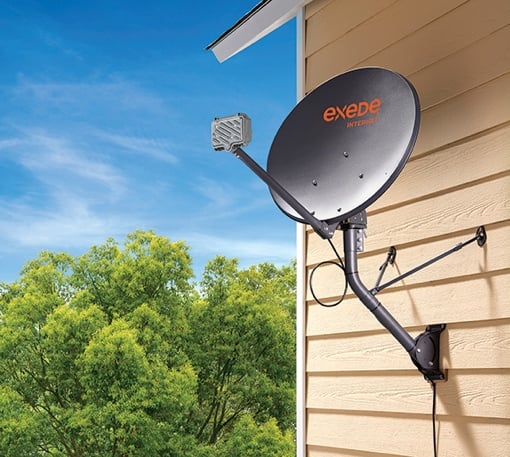 Getting a quality high-speed Internet connection in remote rural areas can be a challenge. Some locations are simply too far away for cable and DSL. The only option for many Americans is satellite providers, which are notorious for providing prohibitively expensive and painfully slow service, typically with nasty data caps.

But there is some good news on that front: Satellite Internet service is getting better. Today, ViaSat announced the August 18 launch of a “virtually unlimited” high-speed Internet satellite plan called Freedom across much of the United States for $70 per month.

Freedom leverages Exede, the same satellite WiFi offering being built into United and JetBlue planes to provide next-generation in-air Internet. Download speeds cap out around 12Mbps in the plan – slower than many cable connections, but far faster than what most satellite Internet providers typically deliver. The company promises to deliver at least 150GB of monthly data, with some flexibility on the cap. (Exede plans offer unmetered data during late night periods between midnight and 5AM.)

According to ViaSat, the new Freedom plan will be “initially offered along portions of the Eastern Seaboard and the Gulf Coast; select counties in California, Arizona, and Minnesota; and across most of Alaska, Hawaii, and Florida.”