What USB-C Is & Why You'll Want It 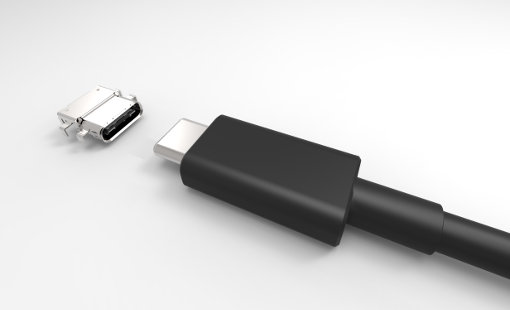 USB-C cables began their buzz in 2015 when big-time device makers included it in such devices as the new Apple MacBook, the Nokia N1 tablet, the updated Google Chromebook Pixel, the Google Nexus 5X and Nexus 6P, the OnePlus 2 and the Microsoft Lumia 950 XL. So it's a new kind of cord — what's all the fuss?

Dubbed the “one reversible cable to rule them all,” USB-C (shorthand for Universal Serial Bus (USB) Type-C) is a new compact plug and cable standard. Soon, you'll be replacing your device cords in the house, car, office and on the go with USB-C cords. Here's why.

The USB-C cable has been developed by the USB Implementers Forum, a group of about 700 companies that develop, implement and promote the USB standard. Members include manufacturing bigwigs such as Apple, Dell, HP, Intel, Microsoft and Samsung, which makes newer, better specifications like USB-C easier to implement widely. With so much manufacturer support, USB-C adoption will spread quickly as device makers include it in their new releases, and you'll enjoy using one simple cable type to charge and transfer data from your smartphones, tablets and laptops.