The Best Games to Play Online With Friends

If you’re looking for a new way to spend time with friends, these are our favorite games to play together while safely distancing.

For all of your tabletop favorites: Tabletopia 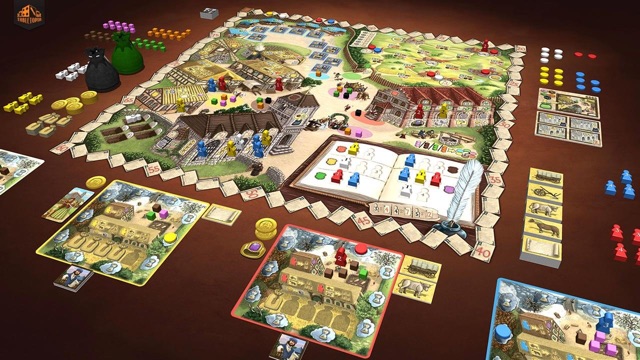 Tabletop games are enjoying a resurgence lately, and Tabletopia does a good job of bringing the board game online. Instead of trying to turn board games into more of a video game experience, Tabletopia really mimics the tabletop experience. When you launch a game, you see the game board, pieces, tokens, markers, and everything else you would find in the game box are spread out in a 3d environment for you to interact with.

The service offers over 900 board and card games, some of which are considered “premium” and require a subscription — for $10 per month. One player can host premium games for all of your friends to enjoy, which isn’t a bad deal for the board game fan who’s stuck at home. But even if you aren’t interested in signing up for another subscription, Tabletopia offers plenty of freebies. You’ll find classic games like chess and poker, and a number of premium games are available to play in small groups for free. There are lots of options.

Really, the hardest part of playing is picking a game — like Netflix, you could spend hours scrolling through your choices. We recommend browsing game by age range (not all games are appropriate for young children), number of players, and playtime to narrow down your options.

Tabletopia is available on most platforms: you can play in your browser, download a client for Mac or PC through Steam, or play on Android and iOS mobile devices.

Price: From free to $10/month from Tabletopia 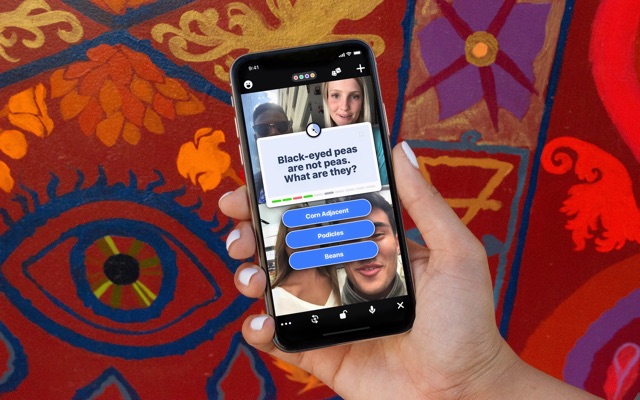 Though all of the games on this list let you play together, not all of them offer a great way to talk to each other. But Houseparty combines fun party games with video chat, so everything you need is in one place — much more convenient than playing a game with a separate Zoom call so you can see and chat with your friends.

Houseparty’s games make the most of their visual platforms, with games like Heads Up!, Chips & Guac (a card association game similar to Cards Against Humanity), Trivia, Quick Draw (a drawing game similar to Pictionary) and more. Even though you could pay most of these games without video chat, they’re a lot more fun when you can see your friends’ faces while you play. Houseparty is a fantastic way to have a virtual get-together that doesn’t feel virtual.

Best of all, Houseparty is free. Though some of the games have extra purchases — for example, you can buy extra trivia packs — the base service and the games are free. That makes it a very easy and accessible way to socialize.

You can use Houseparty on the web, Mac, Android and iOS.

Price: Free (with extras for purchase) from Houseparty

It may not be a new game, but Minecraft is still a great place to hop online and play with your friends. If you’ve never jumped on the Minecraft bandwagon, think of it as the best possible set Legos. Kids and adults both can unleash their creativity to build places, design their own games, and just play together — much like you would do with a Lego set at home. Logging on to Minecraft lets you build, play, and explore side-by-side in a virtual, block-based world.

You can also check out a marketplace of things other people have built, from educational content like this NASA-approved model of the International Space Station to this game that lets you dig up dinosaur bones. The options are endless — and some of them come with a price tag. The extras you can pick up in the Minecraft marketplace can cost a few dollars, but there's enough free content that you shouldn't feel pressured to buy.

The game is available for computers, mobile devices and game consoles, and the price varies depending on where you play: expect to spend from $7 to $27 to buy the game itself. Everyone who wants to play will need a copy of the game to join, so it’s pricey for a once-only meetup — but it’s a solid investment for anyone who enjoys this sort of creative gameplay.

Price: From $7 to $27 (with extras for purchase) from Mojang 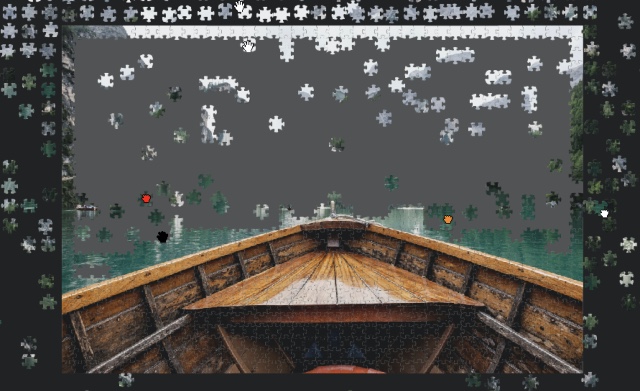 Scattering puzzle pieces across the dining table may not be feasible right now, but that doesn’t mean you have to give up on the puzzle pieces. JigsawPuzzles.io lets you join players around the world — either jumping into public games or by inviting friends to work on puzzles with you.

It’s a simple, soothing way to spend your downtime, with tons of puzzles of all difficulty levels. All you to do is drag and drop pieces into place and they’ll click together — pretty much exactly like doing a puzzle at the dining table. The ads can be a bit disruptive — sometimes you’ll need to watch an ad for a certain period of time before you can click through to your puzzle — but for a free game we can’t really complain.

The game offers basic text chat, but you may want to join your friends on Zoom, Skype or your video chat platform of choice for more of an in-person experience.

Price: Free with ads from JigsawPuzzles.io 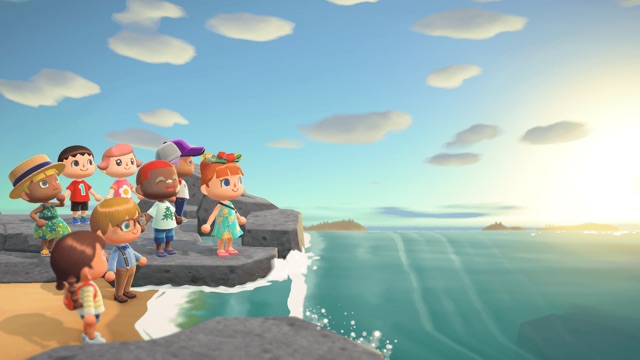 Animal Crossing: New Horizons has taken over the gaming world recently, offering us all an easy escape from home in the form of our own virtual island. Game play is all about creating the perfect island: build a home, plant a garden, design clothes, catch bugs and fish, and socialize with both virtual characters and your real friends. Like Minecraft, this cartoon world is all about showcasing your creativity. Unlike Minecraft, Animal Crossing places some limits on your creative endeavors by limiting you to specific sorts of construction on a single island, whereas Minecraft lets you build anything anywhere.

You can invite up to eight friends to join you, and families sharing a single Switch console can all carve out their own space on the family island. When playing together, you can share things you’ve created and chat via text. While free text chat may be worrying to parents, players can only interact with people they’ve explicitly shared their friend code with, so they should only run into people they know — just be sure they aren't sharing their friend code publicly. Playing together is a casual way to socialize in a cute cartoon environment without stress.

Price is the biggest setback for Animal Crossing. The game itself costs $60 and is only available on the Nintendo Switch ($200+). Everyone who wants to play together will also need to own a copy. If you already own a Switch, that price tag is less of a hurdle — but it’s certainly not free.

For online wordplay: Words with Friends 2 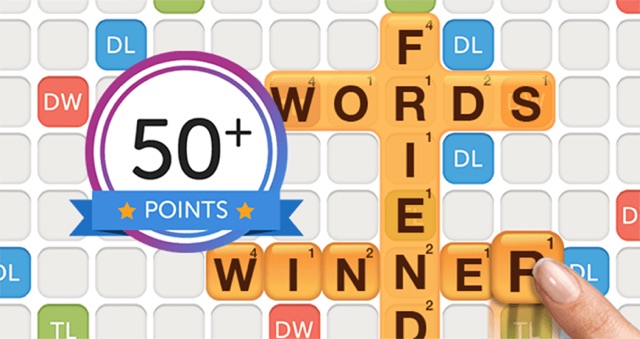 This free-to-play mobile game is similar to Scrabble, but it was built from the ground up for digital play with your friends. If you haven’t played before, the game is just what the name describes: your goal is to make words from the letter tiles you get while competing with your friends for the highest score.

Words with Friends 2 isn’t particularly new, but now is a good time to revisit it and reconnect with the people you used to play with. And if this is your introduction to the game, it’s a fun way to while away the hours — and maybe learn a new word or two. There’s also a lightning mode that lets you compete in teams to see who can reach the high score first if you want a bit more excitement.

It’s not a complicated game, but it’s fun and free for Android and iOS. It’s heavy on ads, but that’s the price of a free game.

Price: Free with ads for Android and iOS

For anyone missing basketball (or any other sport): NBA 2k20 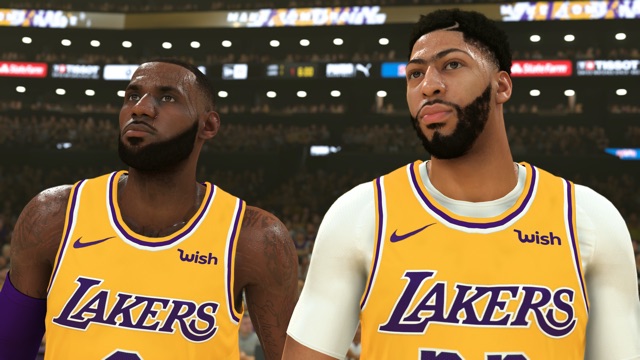 Missing the NBA season? With NBA 2k20, you can play your own virtual season from your couch with your friends. And if basketball isn’t your thing, you can play soccer, football or hockey — there’s a video game for every sport.

While the gameplay varies, these games have some similarities regardless of sport. You’ll build up your perfect player or perfect team, with access to the roosters of professional teams. There are single-player modes that let you work your way through your own tournament season — and NBA 2k20 has a particularly impressive single-player mode this year — or you can challenge your friends to multiplayer action.

Is it as good as playing pick-up at the local basketball court? Maybe not, but it does let you get your sports fix from the comfort of home.

These are relatively pricey games, and getting them could set you back as much as $60 depending one what platform you’re playing on and whether you find a deal. Each player will need to own a copy, and must play on the same platform to game together. Though that’s an awful lot of caveats, it’s the only way you’re likely to get to play with an NBA team — at least virtually.