Which Carrier Has the Best Smartphone Plan? 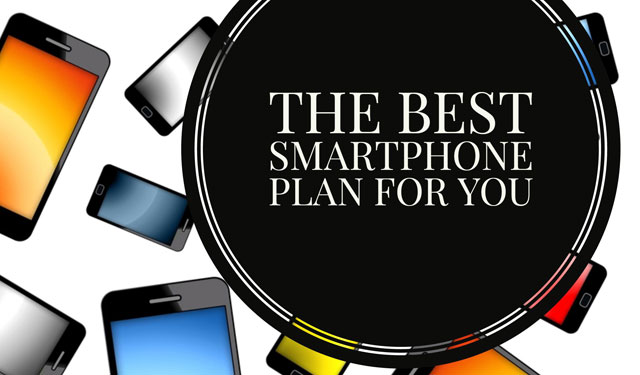 Whether you’re thinking about activating a brand new phone line or just shopping around for a better deal on an existing one, it’s a great time to shop around for mobile phone service. To help you get the best deal possible, we shopped all of the major U.S. cell carriers for their best deal for individual smartphone plans (or check out our picks for the best family plans). We only considered deals with unlimited text and voice, which represent the vast majority of available plans anyway.

Before you start shopping based on price, it’s important to remember that there are other highly important aspects to cell coverage. Not all networks are created equal. This year, T-Mobile surpassed the other major carriers for download speeds and Verizon was found to have the best LTE coverage, according to OpenSignal. We recommend you compare carriers’ coverage and speeds in your specific location by visiting opensignal.com.

There are a few compelling reasons to consider purchasing cellular service under a no-contract prepaid plan as opposed to a post-paid one. For starters, prepaid plans tend to be slightly less expensive because you've agreed to pay for everything up front. They also protect you from expensive overage charges – once you use up your monthly allotment of 4G LTE data, your data speeds will be significantly reduced (to 2G levels). Many carriers often describe this feature (a bit too generously) as "unlimited data." And you can get a prepaid phone without first passing a credit check. It’s not all sunshine and happiness with prepaid plans, though. You’ll likely need to purchase your prepaid phone outright. Some plans restrict your choice of devices, too, and many won't accept used phones from other carriers.

If you’d rather stick with a top-tier carrier, your best option is the T-Mobile Simply Prepaid plan at $40 per month for 3GB of data or $50 for 5GB (AT&T also offers 3GB for $40, but you can't use your phone as a hotspot). Or, if you don't talk much on the phone, you can get T-Mobile's unlimited web and text with 100 minutes of talk for $30.

Need unlimited data? The least expensive unlimited plan, at $50 per month, is Boost's Unlimited Unhook'd, but you'll have to buy a phone from Boost. If you want to bring your own device (or be less apt to be downgraded during peak data traffic times), we recommend Sprint's Unlimited Freedom plan for $60 per month.

– Prices & Data Allowances Valid as of September 27, 2016
*Stream unlimited video and music on the most popular streaming services without using your high speed data.
**Only 400MB may be used while roaming
***Mobile optimized: video streams at up to 480p+ resolution, music streams at up to 500kbps, streaming cloud gaming at up to 2mbps.

– Prices & Data Allowances Valid as of September 27, 2016
– US Cellular, Virgin Mobile and Republic Wireless do not have unlimited or 20GB+ plans
*Price based on AutoPay

What about Republic Wireless?  I’ve been with them for a couple of years now….

The reason we didn't include

The reason we didn’t include Republic Wireless is that it has very little data coverage, which is important to most smartphone customers. If you’re in a area with good coverage, great. But if you go outside of the Republic Wireless coverage area, you only have 25MB of data roaming per month and then your roaming data is cut off completely.

Not sure that is true

I don’t even have wi-fi and use alot of data… nothing been cut off.  I pay $27 a month.  So not sure what you are saying is actually true.

Not sure that is true 2

Check out the coverage map:

Check out the coverage map: https://republicwireless.com/tools/coverage-check

As I said, if you’re in a covered area, great, but there are big chunks of the country that the map shows are being covered by a roaming partner. The terms clearly state:

“Every Republic Wireless member has reduced speeds while roaming and an allotment of 25MB of roaming cell data per service line per bill cycle.”

Here’s the page that I quoted:
https://community.republicwireless.com/docs/DOC-1782#jive_content_id_Roaming_Towers

Where is the data on family plans that you said you had?  We need three lines.

You can find our story

You can find our story on the best family snartphone plans here: https://www.techlicious.com/guide/best-family-smartphone-plan-2015

Well I average about 47 mb per day of data usage and 1.3 gb per month.  I usually use the phone while driving so…  I have had it for 2 1/2 years and never have been cut off.  So apparently I’m pretty lucky with non-roaming data in several states across the country.

My family switched from Verizon to Sprint 8 years ago, and I haven’t looked back. the first few years we had some service issues, but I haven’t had any issues with coverage (except the boonies)for years. And Sprint customer service has really impressed me. Their in-store people have fixed mechanical issues with my phone (faulty charger) without charging me a dime and the few times I’ve had to call customer service, they’ve been very good to work with. I do not work for Sprint, nor do I have any stake in their business (outside of my cell plan), but I’d be concerned that cheaper means compromised service. We’ve been happy with Sprint & hope they continue to provide great value for a long time!

You don’t show the taxes and other add-ons for Verizon.  There are two cells with Verizon plans in the house, and the bill is at least $160 per month for the two.  I have used Metro PCS for years, and pay $30 per month including taxes.

For light to moderate phone users, Ting is *amazing*. They’re the opposite of unlimited - they’re a la carte done *right*. They just charge you at the end of the month based on what you used that month, so if you’re in their smallest bucket on everything, you pay almost nothing (my average monthly phone bill is ~16 bucks). If you’re traveling and end up using more data that month, that’s fine, you just get charged more that month automatically. And their customer service is phenomenal.

The article is missing out on a lot of Good Plans Available.

What about Creedo. I just

What about Creedo. I just received an email about them and was wondering how reliable they are.

I know this is a very old post, but Credo is absurdly expensive. They ride on Sprint’s network, but charge you more than AT&T does.  The last time I got an email from them they were charging $75/month for 1 or 2 GB of data. Sprint is $60 for “unlimited” and AT&T is $65 for 3 GB, so I don’t know why anybody would choose Credo.

And don’t forget Straight Talk, which piggy backs on Verizon’s towers, all at a much better price than Verizon. The research here seems spotty, at best.

I brought my iPhone 6 to Straight talk. I pay 45. Plus about $4. in taxes prepaid. That includes unlimited talk and text and 5g (Yes, that is 5g) of data per month. I am often accessing WiFi, so data is never a problem. I’ve been a Straight Talk customer for years. This is a no contract agreement. You can cancel any time. Straight Talk either piggy backs on AT&T or Verizon and this is 4G or LTE service!

I’ve familiar with Straight Talk and have reservations about the restrictions they place on their service.

You can’t use your 5GB of data for mobile hotspot unless you purchase your device from Straight Talk.  And currently, Straight Talk is selling their Apple devices for $100 more Apple is.

It’s unclear what the 4G coverage actually is, since the only coverage maps they share are for 3G data.

And, for the unlimited plan, you can’t use mobile hotspot or, according to their Terms of Service, stream video (see https://www.straighttalk.com/wps/portal/home/h/legal/terms-and-conditions/!ut/p/a1/04_Sj9CPykssy0xPLMnMz0vMAfGjzOKd_J0MAg0DPD0t_MOcDRz9nczdA41cDd3NjIEKIoEKXAy8fI0DHT2MgswMLQw8A3zc3VwMfYwNLMwJ6Q_Xj8KvxBCqAJ8VaAo8zE2BCjycg93N_Qz83YygCgxwAEcD_YLcCINMz3RFALhZ5aY!/dl5/d5/L2dBISEvZ0FBIS9nQSEh/ section 6).

Forgot to include Simple Mobile,it has country wide Coverage and Cheap Plans.