How to Capture Screenshots on Your Phone and Computer 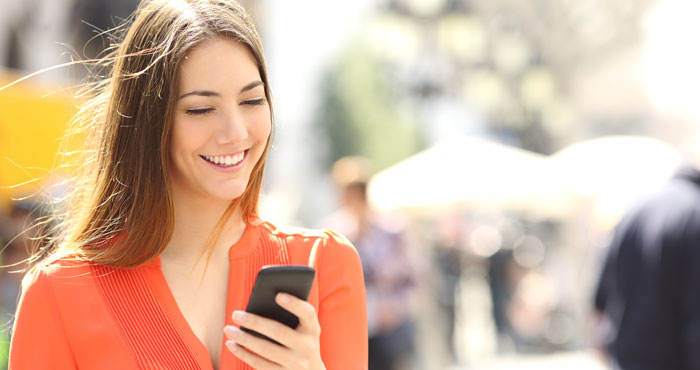 Sometimes you want to keep a copy of something you’re looking at on your computer or phone screen but it’s not a file that can be saved or website that can be bookmarked and replicated in exactly the same way.

For example, maybe you’re having computer problems and you want to send a picture of exactly what you’re seeing on the screen to some tech-savvy person who might know what’s going on.

Another example: Your husband sends you a text message that resulted in a hilarious and incorrect auto-correct. You want to share a copy of the conversation on Facebook so all your friends can laugh along. A screenshot will do the trick.

It’s simple to do.

How to create a screenshot on your Windows PC

Your keyboard likely has a key that says “PrtScn.” Once whatever you want to capture is on your screen, just press the Shift and the PrtScn keys simultaneously. It will seem like nothing happened, but really what you did was copy the image on your screen to the clipboard. From there, you can paste it somewhere else using the keyboard shortcut that involves pressing the “Ctrl” or Control key in combination with the “v” key.

Microsoft would like you to use its new Snip & Sketch app, which you can launch by pressing Windows Key + Shift + S.  You can choose from "Rectangular snip," "Free-form snip" and "Full-screen snip." Once you snip your screenshot, the image is copied to your clipboard and you can paste it into documents or an image editor.

But there’s a better method, using the Snipping Tool.  The easiest way to open Snipping Tool is to type “Snipping tool” in the Windows search box. 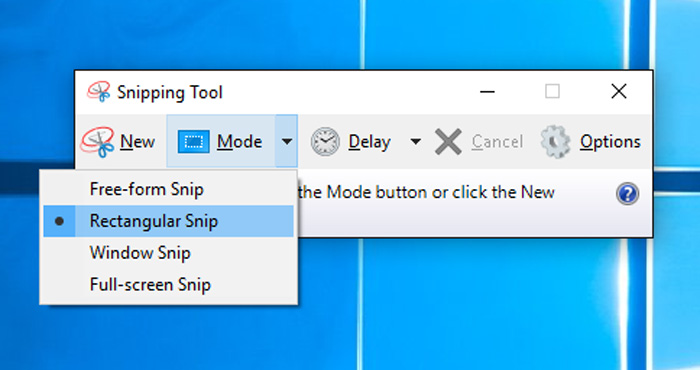 Once you click on the Snipping Tool, a window opens and a white overlay appears on your screen. Click on the “New” pull-down arrow to choose what kind of screen capture you want: Free-form snip, rectangular snip, window snip or full-screen snip. Pick one, and for the first two options click and hold your mouse while you pull it around the area you want to capture (the other two involve just a click). What you’ve grabbed will show up in a window where you can save, copy or share it, as well as mark it up with a pen or highlighter.

How to create a screenshot on your Mac

Like the Windows Snipping Tool, Mac OS X lets you capture your screen in several different ways, but instead of using a PrtSrn key or a dedicated tool, you use keyboard shortcuts that begin with pressing the Command and Shift keys at the same time.

To bring up the whole menu of screenshot choices, press Shift+Command+5

To capture your entire screen and save it to the desktop, press Shift+Command+3. To save it to the clipboard instead, press Command+Control+Shift+3; then you can paste the image somewhere else.

To take a screenshot of an open window, press Shift+Command+4+Spacebar. Your cursor is now a camera that you can click over the window you want to capture. The image is saved to the desktop.

How to create a screenshot on your Chromebook

There are two ways to capture a screenshot on your Chromebook using keyboard shortcuts. You can either press Ctrl+Show windows (the Show windows key looks like

To capture a portion of the screen you can either press Shift+Ctrl+Show windows or Shift+Ctrl+F5 and the click and drag to highlight the area you want to capture.

How to create a screenshot on your Android Phone

With most Android phones, you take a screenshot by simultaneously pressing the Power button and the Volume Down button. You'll see a notification that a screenshot was taken and you can choose to share it from there. Or, access your screenshots from your Photo or Gallery app on your Phone. If you don't see the screenshot as your last shot taken, look for a separate folder labeled "Screenshots."

How to create a screenshot on your iPhone 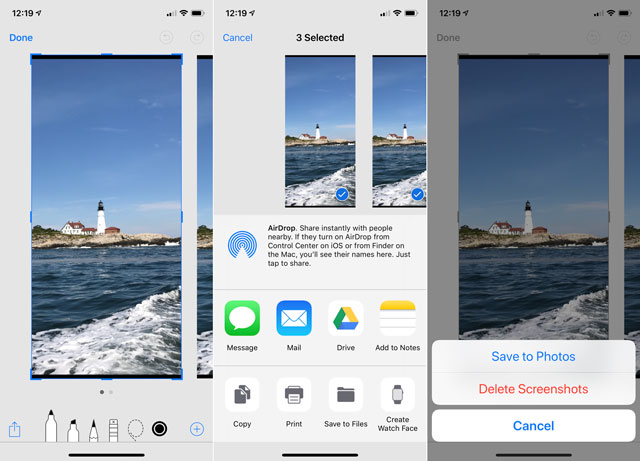 When you first take the screenshot, a preview of the picture comes up in the lower left corner. If you tap on it, you'll be taken to an editing app that enables you to add text and crop the image, among other things, and then send it. If you don't do anything, the screenshot saves to your photo camera roll where you can share it via email or text.

when i bring up Snipping Tool, i get a message that it will be moving to a new home. They suggest checking out the new features in “Snip & Sketch” (accessible via Windows + Shift + S).

in my computing opinion, it’s clunkier than Snipping Tool.
might want to update that part of this article.

Good point! I’ve added in the information about Snip & Sketch for clarity.

in addition to the snipping modes, snipping tool also lets you specify a time delay before snipping starts. so if you want to snip/snap a menu, set it to 1 to 5 seconds, click New, go to the application w/ the menu, open it and wait for snipping tool to give you the go ahead.
Snip & Sketch only has 3 and 10 secs delay options.

You come up with some good ideas.  An Apple-hater, the first distinct advantage of their operating system to come to my attention is that there’s no mystery to taking a screenshot.  (There are probably other advantages, according to creative users.)

The Control-V trick is new to me.  Apparently this code from the 1980s came back as a result of cloud computing, which is a disaster if used for word processing, but until now I never knew that the PRTSCRN button did anything at all recently.  Maybe that’s because I’ve had trouble grokking the “clipboard,” an invisible utility with apparently no known instructions.

As my wife is in a software occupation (and mostly using Apple products), it was she who told me about “Clipping Tool.”  What an abomination: first, you have to type in the search box—one level short of bringing up a “Command” line, which only LOOKs abit like Pre-Windows functions.  Secon, its TWO WORDS, and not well chosen.  It’s easy to forget an type in “Clipping Tool,” which of course doesn’t work.  Why this tool cannot be accessed from a desktop icon is a mystery—perhaps Microsoft thought that making screen shots too easy would raise copyright concerns?

Finally, Microsoft recently “upgraded” the Snipping Tool and every time pushes the user to move to the more-editworthy version.  This is simply an obstruction to most of us.

Maybe there’s a Windows “help” file on this someplace, but I haven’t found it.  And as you probably know about half the time Microsoft’s help files are out of date, referring to no-longer-available functions or simply replacing terminology behind the screen.  Remember the “system tray”?  It’s probably in a help files someplace, but the term is obsolete.

If I weren’t still working, I’d probably switch to Ubuntu.  I still don’t think I’d have much to gain by switching to Apple products, and I would cringe at Apple’s constantly reaching into my pockets looking for more unneeded revenue.  But for us millions compelled to stick with Windows, your advice is frequently a breath of fresh air.

Since I use the snipping tool all the time, I save a shortcut icon to my taskbar. It’s easy to do. Just search for snipping tool from the Windows Search window then right click on it and select “Pin to taskbar”. Voila! Snipping tool is now available whenever you want it.

how to find Snip & Sketch

since Snipping Tool is a normal application, you can find the exe and create a shortcut on desktop or in another folder.

Snip & Sketch, on the other hand, probably cos it is a Windows App, is hidden away.  it shows up in Task Manager, but when I attempt to “Open file location”, FileManager pops up a little error msg window: Title = WindowsApps, msg = you dont have permission to access this folder. Click Continue to permanently get access…”. when i do, Windows says “you have been denied permission ...”.
and my windows acct IS an admin acct :^(

You can do same with Snip & Sketch on taskbar

If you want to save a shortcut to Snip & Sketch in your taskbar, you can do it the same way you would for the Snipping Tool. Search for it in Windows Search then right click on it and select “Pin to taskbar”.

I’m not clear what the use case would be to create a shortcut in a folder or on the desktop when it’s already in the taskbar. But I see the same issue you do trying to create one.

i am minimalist (wrt computers), so i dont want to fill up my taskbar w/ stuff i only use every so often. thus, i put some shortcuts on my desktop and some in a “utilities” folder filled w/ other shortcuts.  the “put most used things close and less used things farther away” idea.
for me, it’s easier to just dbl click the icon rather than go thru the start menu and/or search.