Review of the HTC One M9 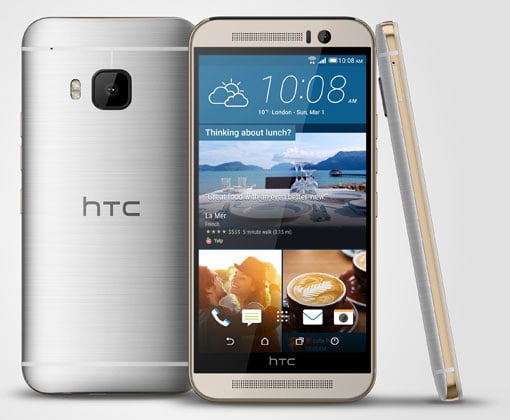 The HTC One M9 is every bit as good as the M8 model it replaces, and slightly better in a few areas. But in a market crowded with exceptional devices like the Apple iPhone 6, the LG G3 and Samsung Galaxy line (including the coming S6), incremental improvements aren't enough. And, in some critical areas, such as battery life and the camera, the HTC is lagging behind its competition.

So while the One M9 is a very good phone, the overarching feeling while reviewing it is that HTC is skating to where the puck was, rather than where it's going.

[UPDATE 4/15/15: HTC released an update to the camera software intended to improve performance. In my testing, I found that the update did not do enough to change my opinion of the camera, nor warrant a change to my rating. Here are my test results for the update.]

How the One M9 feels in the hand

The HTC One M9's solid, brushed aluminum body is nearly identical to last year's M8. The back is slightly less curved and it is a mere .1" shorter, but all other dimensions are essentially the same at 5.69" x 2.74" x .38". It's a beautiful looking package and the body size makes it comfortable to hold for those of us who don't have giant hands and it fits better in my pocket than my current LG G3 (though, in fairness, the G3 is rocking a 5.5" display vs the M9's 5.0:).

With the M9, the power button has been moved from the top of the device to the side, where it is more accessible. Yet, here again HTC could have executed this better, as power now sits right below the identical volume up and down buttons, leading to too much hunting and pecking to be sure you're pressing the right one. Of course, you can avoid the power button entirely by double-tapping the center of the screen to turn it on.

Nothing has changed with the One M9's display. It is still a beautiful, full HD resolution screen that offers wide viewing angles and rich, crisp colors, and has enough brightness for outdoor viewing. Anyone who is concerned that this isn't the higher resolution Quad HD of the Samsung S6 or LG G3 shouldn't be. You would be hard-pressed to notice the difference on mobile displays of this size, and HTC made the right decision to prioritize lower power consumption over a marketing spec.

HTC matches the excellent display with excellent speakers. The front-facing, dual "BoomSound" speakers offer much richer sound than on other phones, with noticeably more midrange and bass. The sound isn't significantly louder, just better. If you frequently use your phone as a speakerphone or to play music at your desk, you'll appreciate the difference. If not, you won't appreciate that producing that sound requires more space above and below the screen, adding to the M9's length and weight.

Call quality was very good on my T-Mobile model. Though, this is almost universally the case, nowadays, with the phones we test.

The M9 ups the processing power over the M8 with a Qualcomm Snapdragon 810, octa-core CPU. Not that the phone really needed an upgrade, the M8 was plenty fast and the M9 is equally lag free.

However, there's a downside to the new processor—it gets hot, really hot. When playing games for more than about 10 minutes, the phone starts to get uncomfortable to hold. It's not going to burn you, but it isn't fun. Other reviewers have noted this issue with their devices, as well. It's unclear at this point whether this is fixable via a firmware upgrade or it's inherent to the design of the device.

The One M9 runs Android 5.0 with HTC's Sense 7 overlay. New with the M9 is HTC Sense Home, an intelligent homescreen widget that provides different selections of apps depending whether you are home, in the office or out and about. Because it is a widget, Sense Home can easily be removed if you don't want it.

HTC has also built a very robust theming tool that lets you customize your M9 to your heart's desire. From colors to fonts to icons and more, you can customize your phone using themes from the Themes Store (many are free), create your own themes built around colors from any photo in your gallery (which can then be set as your wallpaper), or even get into the nitty-gritty of custom development with downloadable Photoshop documents of icons that can then be modified by you.

As before, the M9 has an embedded IR emitter so you can use your device as a remote control. The included new Peel remote app is excellent. It took me no time to set up for my Verizon FiOS box and Samsung TV and the app is fully integrated into the device—you can access it via the main Android top pull-down menu and even directly from the lock-screen. As a father of three kids who are constantly misplacing our remotes, this feature is really appreciated.

Some basic interface functions could use tweaking. I wish HTC would make changes to the calendar app's agenda mode so you can see all upcoming appointments in a single list. Instead, you can only see the current day and must scroll sideways, day by day, to see what else you have coming up. Similarly, HTC Sense 7 doesn't offer the "infinitely scrolling" homescreens and app lists of many other devices.

HTC has dropped its 4MP UltraPixel sensor for the main camera on the M9 (moving it to the front-facing selfie cam), replacing it with a more standard 20MP sensor with regular-size pixels. According to HTC, the goal of better light capture with UltraPixels can now be accomplished with standard size pixels and they, instead, want to provide users with greater resolution.

Unfortunately, this switch didn't work out as well as it should have. The new camera has issues overexposing light areas of photographs and doesn't provide anywhere the detail the 20MP spec would suggest (both issues cited by many other reviewers, as well). Contrasted with the "mere" 13MP LG G3 below, you can see where the One M9 is blowing out the white background. 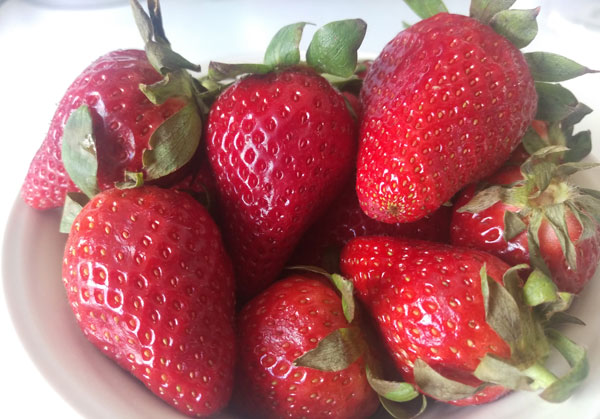 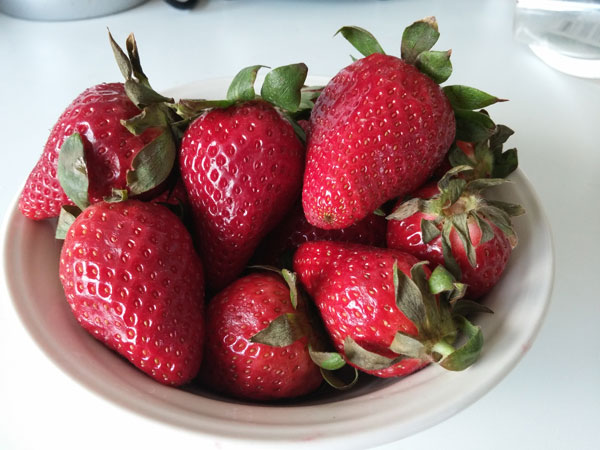 And zooming in on the images, you can see where the 13MP G3 is capturing far more detail than the 20MP M9 (apologies, by the way, for the sad state of my NYC winter strawberries). 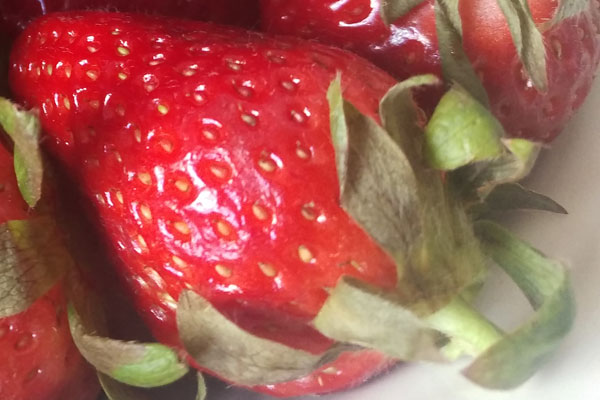 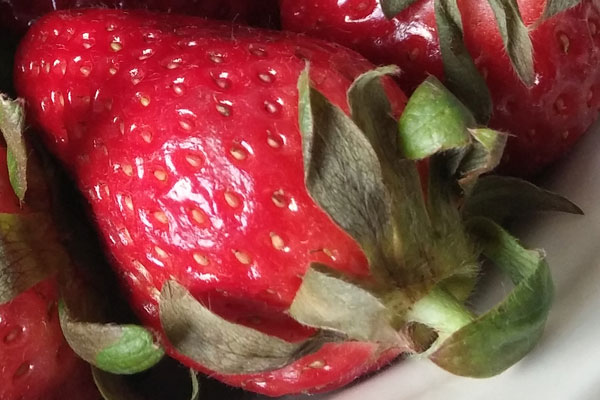 The front camera on the M9, in contrast, improves dramatically with its new UltraPizel sensor, capturing both more detail and better light. In fact, it may be the best selfie cam on any phone.

Video, up to 4K resolution, suffers from the same fate as the camera in terms of detail.

The HTC One M9 comes with 32GB of storage and has a microSD card slot for expansion up to an additional 2TB.

Solid battery life, but not market-leading

The HTC One M9 ships with a 2840mAh battery that offers solid battery life. It will definitely get you through the day under normal usage. But if you're a heavy user, the LG G3 or Samsung Galaxy S5 will take you further.

One unique selling feature of the One M9 is the included "UH OH Protection". Basically an insurance package, UH OH Protection provides a one-time free replacement within the first 12 months for cracked screens or water damage. It also offers a new/refurbished M9 if you switch carriers. And, if the UH OH Protection isn't used,  you'll get a $100 credit towards a future purchase of an HTC One.

The HTC One M9 is available on all four major U.S. carriers starting at $199.99 and direct from HTC for $649. It comes in Gunmetal Gray and Silver with gold-tone sides.

Should you buy the HTC One M9?

The HTC One is a solid phone and, arguably, has the best physical build quality of any device on the market. It has a beautiful display and excellent sound. And the new UH OH Protection offers a little peace of mind, without extra cost. But in terms of features, the One M9 isn't leading the market. And, for some critical ones, like the camera and battery, the HTC is a step behind the competition.

So it's hard to provide a strong buy recommendation unless you're particularly attracted to the M9 design. If only HTC could get the innards to match the outer beauty, they would have a real winner.

It seems that the HTC

It seems that the HTC One M9 camera isn’t good enough and not equals to Samsung Galaxy S6 or Apple iPhone 6.