Between the kids’ costumes, jack-o-lanterns and trick-or-treating, there are a lot of photo moments to capture. To get great photos in these difficult lighting situations, though, you’ll have to do a little more than just point and shoot. So check out our tips for taking your photos up a notch. And we’ll give you ideas for special effects that will make an already spooky holiday even spookier. 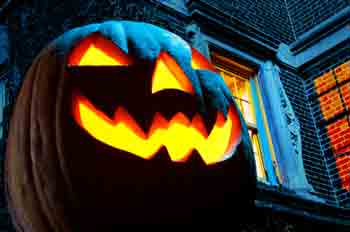 Great jack-o-lantern shots capture both the glow coming from the pumpkin and the textures of the pumpkin’s skin and surrounding objects in low light.

Take this shot at twilight (about 20 minutes after the sun goes down) when the glow from your pumpkin will produce about the same amount of light as the sky. With the exposure for everything same, your camera will easily capture details in the entire shot.

If you miss this window, put your camera in HDR mode (High Dynamic Range) mode (Cameras we recommend, like the $200 Canon PowerShot ELPH 300 HS have this). In HDR mode, the camera takes an overexposed shot to capture the pumpkin skin detail and an underexposed shot for the candle’s glow and then merges them together without your intervention. If your camera doesn’t have an HDR mode, you can merge photos of different exposures together using Adobe Photoshop Elements’ Photomerge Exposure editing mode.

Be sure you can’t see the flame of the candle when taking your shots. It will appear too bright as a spot in your picture. And use a tripod and set the camera’s self-timer to avoid the brief shake that inevitably occurs when you press down on the shutter button.

Creating ghosts in your photos 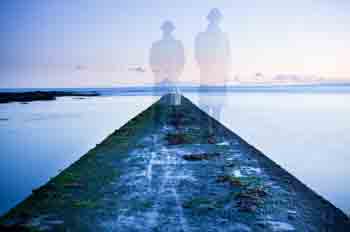 You can create ghosts two ways. If your camera supports long exposures—at least 8 seconds—you can have the person or object remain in the frame for part of the exposure, about 5 seconds. The space where the person was is double exposed, making your subject appear somewhat translucent.

The other way to create a ghost is to take two photos and merge them together. In Photoshop Elements, you create two layers. Make sure the photo containing the person is the layer on top and then experiment with the transparency of that layer to create your effect. 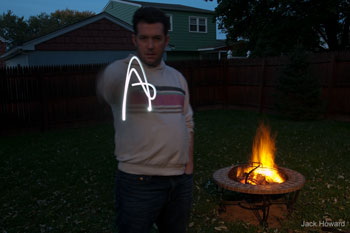 For ghost writing, you’ll need a camera that supports exposures of at least 8 seconds, with 16 or 30 producing even better results, a tripod or flat surface, a flashlight or two and darkness. The trick is to use the flashlight to draw pictures or words in the air. The long exposure captures the trailing light as a bright image floating in the air.

Keep in mind that the camera captures the mirror image of what you draw, so you’ll have to write your message backward (hard) or flip the photo in your photo editing program (easy). 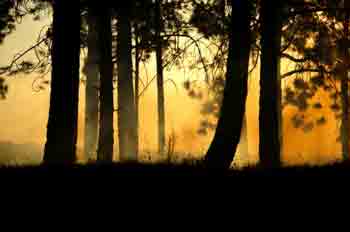 Around sunset, take photos against the beautiful orange and red sky without a flash to create a silhouette of your subject. Make sure you have a clear sightline to the sky, so your subject doesn’t have to compete with other objects on the horizon. The technique works great with kids in funky costumes.