How to Enable Encryption on Your Smartphone or Tablet 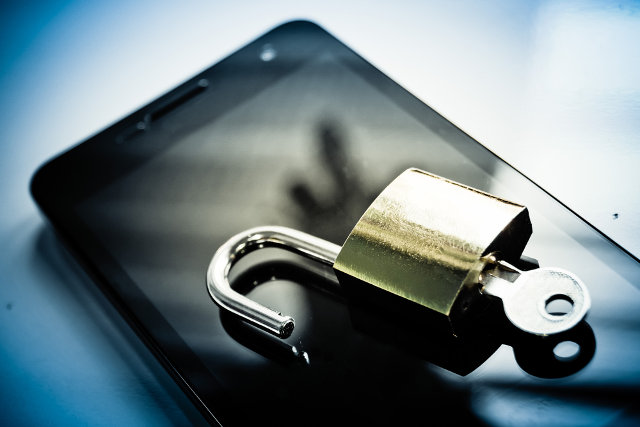 Your phone or tablet holds a lot of personal data about you and your life. Text messages, personal and business contacts, emails, credit card information, private photos and videos — all of these represent snippets of your life, and you wouldn't want just anyone to have access to them.

There are several important ways to keep your phone safe against threats before, including setting a strong lock screen passcode and checking permissions requested by apps . But, as we've seen in the ongoing battle between the U.S. government and Apple, WhatsApp and others, one of the most effective ways of making your data useless to anyone who gets hold of your phone or tablet is to encrypt it. 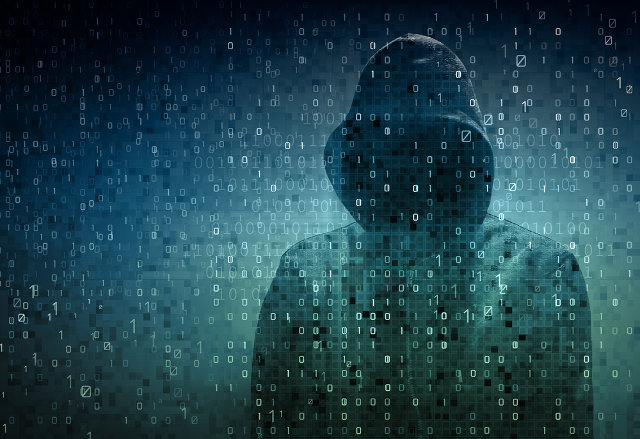 If you are preparing to sell or give away your mobile device, encrypt it before resetting it to its factory state, especially if it's an Android device. Even a full factory reset won’t completely wipe out your personal data. Security company Avast found that information you thought had already been wiped clean still remains on your Android device even after a factory reset. The company’s researchers were able to extract photos, emails, text messages, search histories, personal identities, contacts and more from used Android phones they bought from eBay. Researchers at the University of Cambridge have also found that remnants of your “deleted” data can actually be used to log in to your accounts.

Apple devices running iOS have encryption baked into the OS and file system itself, but you need to set up a lockscreen passcode. Go to Settings > Touch ID & Passcode. There, turn on the Passcode feature. Disable Simple Passcode so that you can use longer alphanumeric passcodes that are harder to crack. While you're at it, set the Require Passcode option to Immediately.

On Android devices, the steps are similar. Here’s how to do it for Android 4.3 Jelly Bean, Android 4.4 KitKat and Android 5.0 Lollipop:

Also remember that once you encrypt your Android device, you cannot turn off encryption without performing a full factory reset.

Some device manufacturers also allow you to encrypt external SD cards. Samsung and Sony have included this feature in their custom builds of Android. An encrypted SD card work only on the device that encrypted it, so you cannot use an encrypted card on another device. Fortunately, SD card encryption can be undone, unlike full disk encryption of your mobile device. If you want to use your SD card on another phone, you will have to decrypt it first. 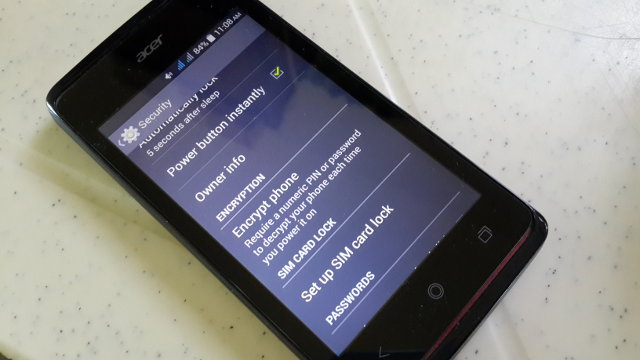 If your device runs an earlier Android version, the Lollipop upgrade offers to enable encryption during the upgrade. Otherwise, you must manually enable it after the upgrade. The steps are similar to those for Jelly Bean and KitKat.

If you want to learn the technical details about encryption in Android 5.0, head to the Android developer page about full disk encryption.

For Android 6.0 Marshmallow devices, Google has made full-disk encryption mandatory on devices that support it and requires Advanced Encryption Standard (AES) crypto performance of at least 50 MiB/s. You automatically enjoy the safety of encryption if you own such a device.

With version 9.2.1 & fingerprint ID enabled,  the instructions fail when the Passcode option is turned on.  There is no ability to: Disable Simple Passcode. Hence all the remaining instructions cannot be followed.

I think I made a mistake encrypting my
Smartphone. One of the major complaints is I can’t get rid of the screen lock.
Can this be done+ If not, how do I get rid of it? U found it not exactly what I wanted. Thanks for any suggestions! Help!

You have to have a lock screen when your phone is encrypted. The point of encryption is to protect your data and, if anyone could get in without a passcode, your daat wouldn’t be protected.

You're out of luck.

If you can’t remember your password, then you won’t be able to get in or access your data. Hopefully, you have what you need backed up, because the only way to use your phone is to do a factory reset. You can do this via Find My Device, if you have that turned on, or else by using your phone’s power/volume buttons. See this article for more info on resetting your phone: https://support.google.com/android/answer/7663172?hl=en

Translated from Hindi: "I forgot

Is there a way to turn off ecryption. I thought I needed it for a work thing that required so I turned it on and I dont want it or need it anymore. I want it turned off because it takes much longer to start up and I do not have files on it I am concerned about

You can't turn off encryption on your phone

iOS and all versions of Android since 6.0 use encryption by default and it can’t be turned off. You say you “turned it on”, can you provide more info about what iOS you’re using and what you did to turn it on? If you’re on Android 5 or earlier, you should update, if possible, or go with a new device, as you’re exposed to a lot of security risks.

There is no option to encrypt phone only sd card and this phone has already been hacked could they have removed the option ?? Any sugestion how to on samsung galaxy J2 Pro?
Thanks

Encryption is always on

I want to sell my

I want to sell my phone and completely wipe my data off my phone. I have j6 with Android 8.0. I can’t see encrypt phone option, only encrypt SD card option. What do I need to do in order to completely erase my phone?