Car Makers Prep Tech to Keep You Alert on Road 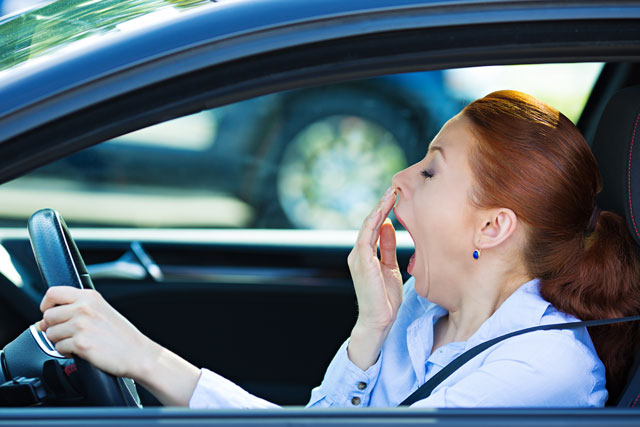 Your car may soon be able to gently nag you back on track when sleepiness or distractions threaten your attention behind the wheel. New technology in the pipeline from major car makers can help poke you back to full alertness, reports The Wall Street Journal.

Major manufacturers, including Volkswagen, Toyota, General Motors and Nissan, as well as several startup companies are developing systems to prevent snoozing or becoming distracted behind the wheel. You can expect cars bearing the new features to start hitting the market next year.

Distracted driving comes in many forms: taking an incoming call on your smartphone, fidgeting with the dials on the radio, an intense conversation about Donald Trump with your passenger, a child having a tantrum in the backseat. Cell phones and mobile devices are the most common causes of distraction among drivers. Texting while driving increases the risk of collision sixfold, according to the Virginia Tech Transportation Institute. Reaching for an object, looking up a contact, or searching for something on the Web while driving increases the risk threefold.

Today's automated safety features are already helping drivers navigate more safely. Autonomous cruise controls and lane departure warning systems help you keep your vehicle a safe distance from other vehicles or alert you when your car starts to drift. But automated features like these can make drivers pay even less attention to their driving, University of South Caroline law professor Bryant Walker Smith told the WSJ.

To counter that side effect as well as the dangers posed by driving distractions, car makers are developing artificial intelligence solutions that check your attention levels and actuations while driving. For example, Delphi is experimenting with "driver state sensing systems” that use cameras and software to track your eye and head movements as you drive. When you look away from the road for an extended period or if your eyes betray your sleepiness, the system sounds an alarm and shakes the seat belt.

A software-driven solution being developed by startup company Eyeris analyzes your facial expressions to look for signs of exhaustion, road rage or inattention. General Motors is considering enhancing its SuperCruise highway autopilot with a monitor that shakes your seat when your eyes stray from the road. And another startup company, Emotient, is developing software that monitors the emotions of long-distance drivers.

Cars have become increasingly autonomous and interactive over the years. We could be just years away from the day when “driving” no longer means “sitting in the driver’s seat, hands on the wheel and eyes on the road” but rather “sitting in the vehicle and telling the car where you want to go.”

I think a lot of

I think a lot of people are going to be looking forward to having this kind of tech available for them when they buy a new car. But that said, people really shouldn’t rely on something to keep them safe when they are on the road. It may be a good addition, but it’s still a personal responsibility to decide if you are alert enough to be on the road.