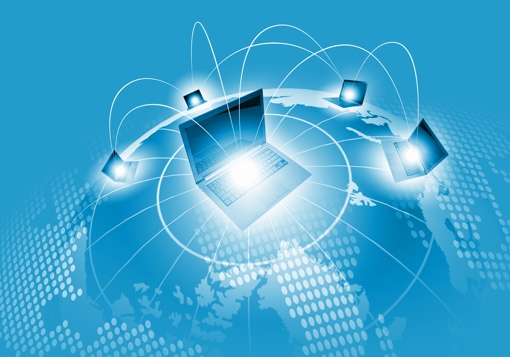 I have a question for you: How would you prefer the Internet operate? Do you believe that your monthly cable bill payment should entitle you to equal access of any website or content you’d like, as it’s always been? Or do you believe that your ISP should now be able to grant faster access to sites like Netflix if they make huge payments?

It’s not a hypothetical query. The U.S. Federal Communications Commission (FCC) will soon make that very decision when it rules on a concept popularly known as Net Neutrality. Before it does, it’s seeking your opinion – but you only have until midnight on Friday, July 18 to make it heard by sending an email to openinternet@fcc.gov.

It’s incredibly important that you do. Here’s why.

What is Net Neutrality?

Net Neutrality is a simple, but important, concept. It says that all data transmitted over the Internet should be treated the same and be delivered at the same speed. Without Net Neutrality, your ISP is legally allowed to prioritize certain content.

Since its beginning, the Internet has operated under Net Neutrality rules. Or, at least, always had until Verizon challenged the idea in court and had it struck down this January.

Why is Net Neutrality in danger?

Simply put, your ISP hates the idea of Net Neutrality because they can make more money without it. With Net Neutrality rules having been suspended since January, both Verizon and Comcast reportedly significantly reduced their customers’ connection speeds to Netflix until the company agreed to pay an undisclosed amount in ransom.

Consumers, meanwhile get virtually nothing in return but new restrictions and, eventually, higher costs.

What does a future without Net Neutrality look like?

For now, ISPs are using the lack of Net Neutrality rules to target streaming video providers like Netflix and YouTube, as the two make up about 50% of all Internet traffic. Short term, it means you’ll get even worse streaming video service out of your ISP for the same monthly fee you pay now. In the medium term, it means services like Netflix, Hulu, iTunes, Google Play will very likely pass the buck and charge you more for access to content for the same speeds you enjoy now (or, in some cases, used to enjoy).

In the long term, a lack of Net Neutrality rules could have even more dramatic effects. Comcast and Time Warner, the nation’s largest ISPs, are both major producers of video content. They own a ton major networks like NBC, Bravo, HBO and CNN. These providers could decide to allow premium, high-speed access only to their own content, virtually eliminating your ability to access content from their competitors without paying extra fees.

But can I really make a difference?

When it comes to Net Neutrality, the deck is definitely stacked against us little guys. ISPs like Comcast, Time Warner and Verizon have spent tens of millions in lobbying and campaign contributions to both Republicans and Democrats to make sure Washington D.C. is as friendly to their interests as possible.

You and I don't have millions of dollars to spend on lobbying, but between us, we do have something even more important – millions of votes. Already, hundreds of thousands of people have commented to the FCC in support of Net Neutrality. If the public keeps up the pressure, we can shame the government into doing the right thing. It’s worked before.

How can I make my voice heard?

The simplest way to make your voice heard is to send an email to the FCC’s dedicated Net Neutrality inbox at openinternet@fcc.gov. Please do so if you can. It’s just that important.

When you write, you’ll want to address a couple simple questions. First, do you believe that ISPs should be allowed to create “fast lanes,” prioritizing certain content over others? Secondly, do you think ISPs should be classified as “Title II Common Carriers” – that is, treated by the law as a public utility the same way your phone company is? Thirdly, do you believe that Net Neutrality should apply to home and mobile Internet connections alike?

Don’t worry if you’re not a tech expert – most of the folks running the government aren't, either. Simply share your opinion in your own words. And do so ASAP – again, the government is only accepting public comments through midnight on Friday, July 18.

Thanks for posting the fcc’s email to express opinions on net neutrality.  I immediately wrote in to express my opposition to net neutrality.  The Internet should remain free from government intervention so that market based competition will flourish.  If we allow government to intervene, costs will go up and quality will go down.

I wish that were the case.

I’m a big supporter of letting the market drive innovation. But the provision of Internet services isn’t a competitive market. In many places there are only one or two providers of broadband services. That has been getting worse for years and is likely to accelerate even more with Comcast’s proposed purchase of Time Warner (a move we hope government intervention via the Sherman Act will prevent).

Until the market dynamic changes, the FCC should ensure that the free flow of information and ideas (so much of which now takes place through the Internet) is not impeded by what is essentially the controlling monopoly. The Electronic Frontier Foundation provides a roadmap for how this could happen with minimal “government intervention”: https://www.eff.org/deeplinks/2014/06/fcc-and-net-neutrality-way-forward.

You are correct that government intervention has been a hinderance to local broadband competition, but that is a separate issue from net neutrality and has largely been a problem with local government policies. Those policies should change to make it easier for new providers, like Google, to enter the market or for municipalities to build out their own networks (which are actually currently prohibited in many states to protect the cable companies).

For more reasons on why we have a lack of competition in the cable market, see this Consumerist analysis: http://consumerist.com/2014/05/10/why-starting-a-competitor-to-comcast-is-basically-impossible/

But what you are saying

But what you are saying is because of previous intervention we must allow additional intervention. The only way out is to demand competition among the service providers

It is both because of previous intervention (at the municipal and state level), lack of intervention (by not preventing cable mergers) and very high cost barriers to entry that we now have basically no competition in most cable markets.

Thank you for informing me of this opportunity to voice my choice. I am in the process of writing an email which I will send quickly. I am doubtful that the outcome will be changed by stating my opinion, but I would be negligent not to try. Here’s hoping that Net neutrality will survive government interference. Next, a campaign for classifying all ISPs as “Title II Common Carriers,” so that the general public can be served without discrimination(to meet the needs of the regulator’s quasi judicial role of impartiality toward the public’s interest) for the “public convenience and necessity”. Here’s hoping.

Thank you for informing me of this opportunity to voice my choice. I am in the process of writing an email which I will send quickly. I am doubtful that the outcome will be changed by stating my opinion, but I would be negligent not to try. Here’s hoping that Net neutrality will survive government interference. Next, a campaign for classifying all ISPs as “Title II Common Carriers,” so that the general public can be served “without discrimination(to meet the needs of the regulator’s quasi judicial role of impartiality toward the public’s interest) for the ‘public convenience and necessity’ “(Wikipedia). Here’s hoping.

Not enough notice on Net Neutrality's cut off date. :-(

You posted the 17th that the 18th was the deadline. I just wish you’d given us more than one day’s notice. Today is the 19th and I only now saw your post. :-(

I’m in the same position- just saw this and am terribly disappointed that I was too late to have my voice heard!
But, thanks for trying😔.