1. Unlock your iPhone with your Apple Watch

Go to Settings > Face ID & Passcode. Enter your iPhone’s passcode. On the resulting screen, scroll down to “Unlock with Apple Watch” and toggle on your Watch. Make sure your Watch is on your wrist and, just to be sure, have it almost touching your iPhone when you toggle on the unlock. 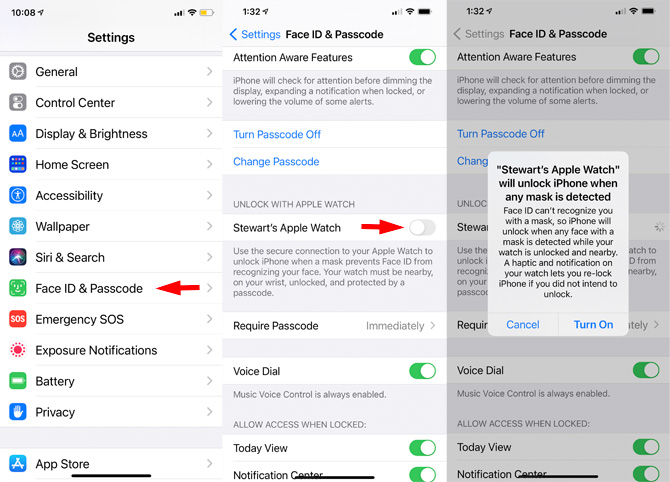 Now lock your iPhone, put on a mask, and unlock your phone with a swipe-up as usual. Your iPhone should instantly awake as if you were unmasked and staring at it, and you get haptic acknowledgement on your wrist.

Apple has built-in some security in case someone tries to unlock your iPhone without your permission (say, if you’ve fallen asleep on a plane). Once you've unlocked your phone via your Watch, you also can re-lock it via a “Lock iPhone” option that remains on your Watch screen. Also, this Watch unlock substitute for Face ID works only for unlocking your iPhone. It will not work for any other Face ID-secured app or function on your phone.

2. Stop apps from tracking you or selling your data

Instead of burrowing into individual app settings, iOS 14.5 can now disable all app tracking and data collection via its App Tracking Transparency feature.

Go to Settings > Privacy > Tracking. As in previous versions of iOS 14, you’ll see “Allow Apps to Request to Track” is toggled off, which means you have to opt into tracking. When you toggle tracking on you find out that, "Apple requires app developers to ask for permission before they track your activity across apps or websites they don’t own in order to target advertising to you, measure your actions due to advertising, or to share your information with data brokers,” along with what happens if and when you share your data, and what data is often shared and why. You also can turn off tracking on your Apple TV set-top box after you update the tvOS. 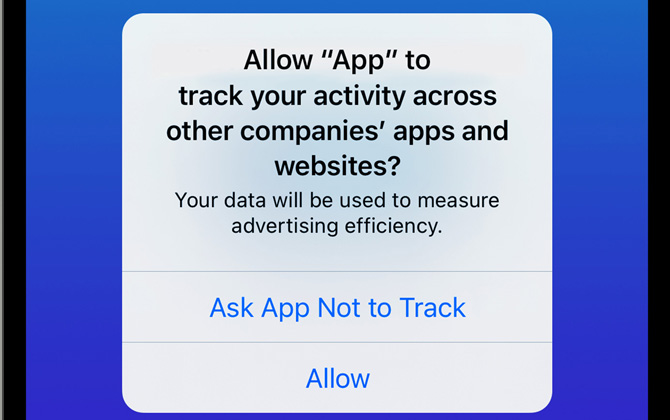 The difference is, with iOS 14.5, you can theoretically choose which sites you don’t mind tracking you. If you allow universal tracking, you’ll get pop-up windows from sites that do track, asking you to opt-in. When you download new apps that have tracking features, you’ll be asked to opt-in during the app set-up.

Soon after iOS 14.5 became available, reports emerged that these tracking customizations and choices seemed to be unavailable to many users after upgrading. Before you upgrade, navigate to Settings > Privacy > Apple Advertising (at the bottom of the screen) > Personalized Ads. If this setting is greyed/turned off, which limits “relevant” ad personalization, toggle it on, then upgrade to iOS 14.5.

But even this tweak might not result in delivering all the advertised iOS 14.5 tracking options – we didn’t get them after upgrading on two different iPhones. We expect that Apple will issue an update to the update to solve what may be a bug in iOS 14.5 regarding conflicts with previously installed privacy features. We’ll update this if/when we find out more.

New voices have been added for American Siri users; two male and two female for Australian, British, Indian, Irish, and South African accented English. You can download the new voices by going to Settings > Siri & Search > Siri Voice. Each voice takes around 10 seconds. Once downloaded, you can preview a voice by tapping on one, and you’ll hear, “Hi, I’m Siri. Choose the voice you’d like me to use,” then tap that choice again to keep it.

4. Have Siri announce your incoming calls

If you’re wearing AirPods or compatible Beats headphones, Siri will now announce who’s calling – it’s almost like having your own executive assistant. The only problem is that the ID is mixed with – and often drowned out by – your ringtone. For now, there doesn’t seem to be a way to choose just the ringtone or just the caller ID announcement.

You can now say “answer” or “decline” without the “Hey, Siri!” preamble. However, you do have to physically tap the buds or phone to end a call.

If you plan to buy – or have already pre-ordered – your Apple AirTags, you’ll need iOS 14.5 to receive all their unique tracking features. These features include Precision Tracking, which provides step-by-step compass-like directions to your lost object.

While Apple already supports some PlayStation and Xbox controllers, you’ll now be able to use controllers from the latest generation consoles. According to reports, Microsoft is testing Xbox Cloud gaming compatibility via iPhone and iPad browsers for gaming on iPhones and iPads, as are Amazon Luna and Google Stadia.

When you pick a loving, kissing, or "heart-ed" couple, you can now choose from various skin tones and hair colors for each of the two individuals in the emoji. There’s also a wider selection of emojis, including a bandaged heart, a burning heart, a face in the clouds, and a bearded young man with long hair – or, maybe, it’s a bearded woman. You decide.

You can now receive and share your estimated time of arrival via Siri while walking, bicycling, or driving in a car equipped with CarPlay. You can also now use Siri to report accidents, hazards, or speed traps as you drive.

9. Support for 5G When Traveling Internationally

If you’re planning on traveling overseas, you’ll be happy to hear that you can now get 5G roaming via carriers that provide it when you’re using an iPhone 12. Changes to the iPhone’s Smart Data Mode also are designed to lengthen battery life and improve data usage.