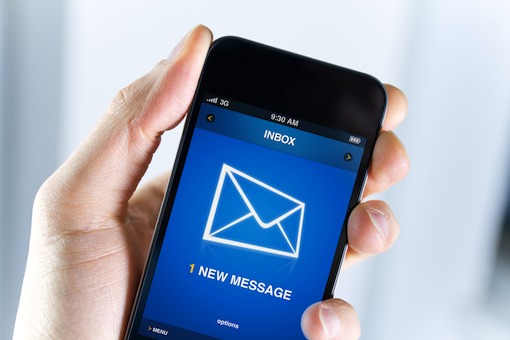 When we send a paper letter by postal mail, we only mean for the recipient to open and read it—and since our sealed mail is kept in the (relatively) safe hands of the US Post Office from the time we send it to the time it lands in its recipient's mailbox, this is usually the case.

When email started to supplant letter writing, it was easy to assume our correspondence was just as secure—or even more secure, since we didn't have to hand it off to another person to deliver it—but this is unfortunately not what happens. While it might appear that an email you send arrives almost instantly in your recipient's mailbox, it actually passes through a lot of digital hands to get there as it travels through the Internet from your email provider to your recipient's email provider. This lengthy digital trip means there are lots of chances for prying eyes to take a look at it.

You can make it harder for snoops by encrypting your email, so anyone intercepting it would just see a jumble—however, most emails aren't encrypted from your mailbox to your recipient's mailbox. Google's recently updated Transparency Report shows that only 69% of messages from Gmail to other providers are encrypted while only 48% of emails from other providers to Gmail are encrypted.

However, Google is trying to make it easier for Gmail users to encrypt their messages with a new Chrome extension called End-to-End, which will encrypt, decrypt, digitally sign, and verify signed messages within the browser using OpenPGP. End-to-End isn't available to use just yet, but Google has released the code to the community, so it can be tested and evaluated by coders before being launched publicly.

[email on phone image via Shutterstock]