You Can Now Install Android Apps on Your Windows 11 PC

When Windows 11 launched last fall, one of the exciting new features was that it would run Android apps. That means your touchscreen Windows 11 laptop or 2-in-1 can operate like an Android tablet, and all Windows 11 devices can enjoy hundreds of new apps. This feature wasn’t available at launch, but it has started rolling out in the U.S., and you can now download Android apps to your Windows 11 PC.

You’ll need to download Android apps from the Amazon Appstore, not Google Play. The ability to run Android apps is in a public preview while Microsoft and Amazon work together to improve graphics and input controls and make it easier for developers to port their apps to Windows devices. And in this preview, users will be able to select among 1,000 apps and games, including popular titles such as Khan Academy Kids, Audible, Subway Surfers, and War of the Visions: Final Fantasy Brave Exvius. In addition, Amazon will be continuously adding more Android apps to the store. 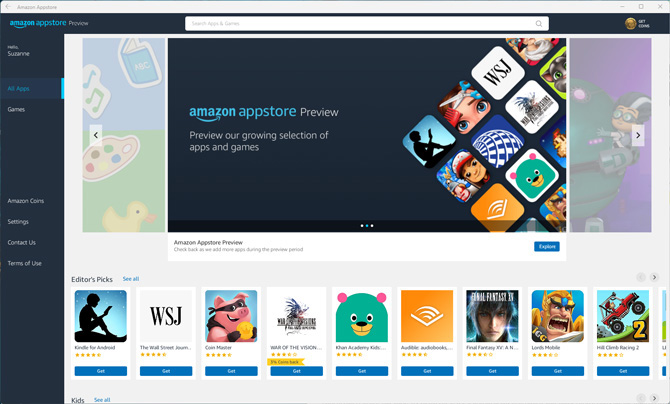 Techlicious Editor-in-Chief Suzanne Kantra tested several apps with her LG Gram 14 (11th Gen Intel Core i7, 16GB RAM), including Subway Surfers, Clockmaker, and War of the Visions: Final Fantasy Brave Exvius, and found that they ran smoothly. Using the mouse for scrolling games like Subway Surfer isn’t particularly intuitive, but it works. And she found a couple of quirks: resizing the window for some apps causes them to reload, and it may result in part of the bottom of the screen getting cut off. She ran into apps hanging during installation if she had other Android apps open and her system ran more slowly after using some Android apps. This was especially true after using resource-intensive games like Mobile Strike or King of Avalon: Dragon Warfare. She found that rebooting her PC solved the problem. Generally, the apps worked well, and casual games didn't impact the performance of other Windows 11 activities. 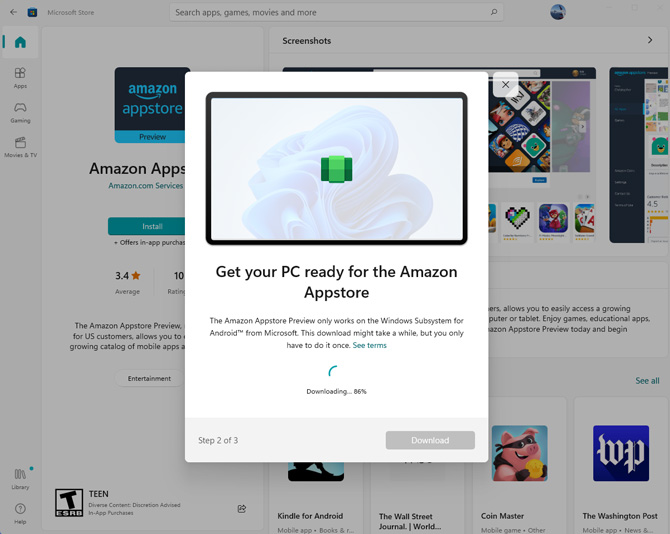 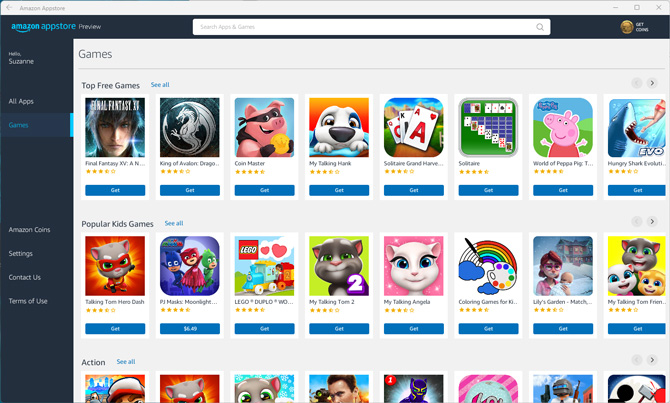 Settings for in-app purchases, parental controls, and app updates can also be found in the Amazon Appstore under Settings.

I am being hacked and

I am very glad to visit your informational post. I hope you will keep on sharing such useful information on a regular basis. Install Android Apps