Last June, Apple revealed that it will be bringing digital ID support to iOS 15. Fastforward nine months and now, Arizona residents have become the first that can add their driver’s license and state IDs to the Wallet app on their iPhone and Apple Watch. 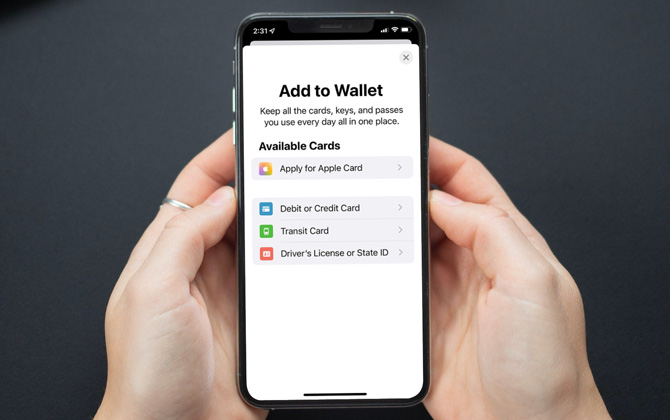 With their Arizona digital IDs added to the Wallet app, residents can easily travel through TSA checkpoints at Arizona's Sky Harbor International Airport without opening their physical wallet. However, that doesn’t mean they can leave their driver’s license at home. Arizona police will not recognize the digital IDs for traffic stops.

A total of 30 states have been exploring the option of allowing their residents to make use of the Apple digital ID. The states of Connecticut, Iowa, Kentucky, Maryland, Oklahoma, and Utah will be the next set of states to follow. Here is the full list states that will participate in Apple digital IDs soon:

States like Delaware, Florida, and Louisiana will have their own digital ID apps, which will likely work with the Apple Wallet app. However, there is no confirmation yet.

How to add your driver’s license to your Apple Wallet 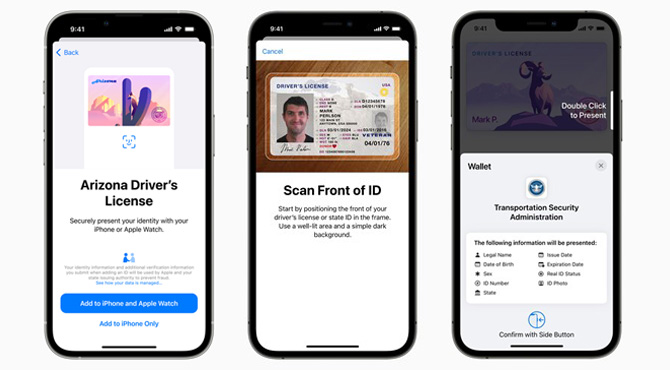 Here’s how you can add your driver’s license or other state ID to your Wallet app. But before you do that, there are a few pre-requisites that you need to meet in order for this to work.

Now follow the steps below to add your digital ID to the Wallet app:

Using your Digital ID is similar to completing a credit card transaction. You tap the authentication terminal with your iPhone or Apple Watch, authenticate yourself with Face ID or Touch ID, and then tap the terminal again.