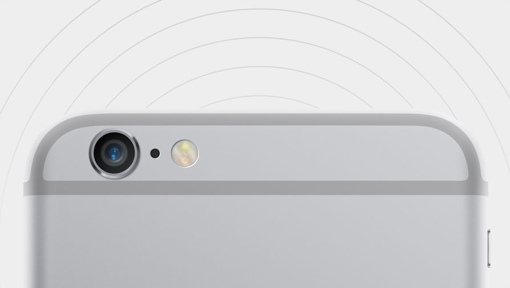 One of the new, interesting features on the iPhone 6 is called Wi-Fi calling. It lets you use your home Internet network to make calls and send texts, rather than route them through traditional cell towers. That saves you from using your minutes and lets you make calls even in places your phone signal doesn’t reliably reach, such as your home’s basement.

But while Wi-Fi calling is undoubtedly useful to many, not all carriers are able to support it yet. At the iPhone 6 launch, only T-Mobile had the infrastructure in place to allow Wi-Fi calls. It’s part of why the company created its Wi-Fi Unleashed deal, which bundles iPhone 6 purchases with a free (with deposit) 802.11 AC router that prioritizes data from the phone.

When will the other carriers catch up? None of the other ‘big three’ have set Wi-Fi calling launch dates, but they’ve still given us all some hints about their future plans. Here’s what to expect and when to expect it from your carrier of choice.

Verizon is the carrier with (arguably) the best nationwide coverage – last year, my phone was able to stream music and make calls even in the middle of the Utah desert. As such, Verizon Communications CFO Fran Shammo told investors that Wi-Fi calling was “never a top priority” for the company. “We built our voice platform so extensively [that] there was never a need for us to tell our customers, ‘Oh, our network is not good enough so you need to go on Wi-Fi to complete your call.’”

Verizon’s major focus remains voice over LTE (VoLTE), which routes calls and texts as data over the company’s network, rather than via analog signals. It’s a smart bet, actually – Wi-Fi calls seem unable to seamlessly transition to standard cell networks without losing your call. VoLTE could be the key to making Wi-Fi calling work as advertised. We’ll know for sure sometime in mid-2015 – that’s when Shammo says Verzion will launch Wi-Fi calling support.

AT&T, too, is a carrier with strong nationwide coverage. Like Verizon, the company has made Wi-Fi calling a lower priority – it feels it’s not really needed, especially given AT&T’s current lack of support for VoLTE. According to Ralph de la Vega, the CEO of the company’s mobility and enterprise unit, Wi-Fi calling is coming to AT&T sometime in 2015.

Unlike Verizon and AT&T, the Sprint network is notoriously spotty, especially outside of major metropolitan areas. The good news is that company has already rolled out Wi-Fi calling for Android-powered smartphones. And just rolled out support for Wi-Fi calling for the Apple iPhone 6.

Updated on 4/27/2015 with information on Sprint's support for Wi-Fi calling.

WiFi calling is nothing new

First of all, I am not an Apple hater. I have an iPhone 6. I just felt the need to say that I find it funny that when Apple adds wifi calling, it becomes a “new and interesting” feature that everyone wants their carrier to start supporting. This “new and interesting feature” had been available to T-Mobile customers on Android phones at no additional cost for 3 years now. As a matter of fact when I switched from an HTC Sensation to an iPhone 5 I just assumed it would be a standard feature on the iPhone as well. When I found out it wasn’t I couldn’t believe it. Then Apple went out and did what they do best and made it only part of the OS8 update for iPhone 5c and newer. There is no reason from a technological standpoint for them to have done this. It was merely to drive new phone sales.

It has taken Apple 3 LONG years to “release” this feature.

Maybe if android would actually advertise its ability to support wifi calling, Apple wouldn’t get the credit. Just saying.

It's more than just the phone

John, your argument runs short in one particular area: with OS X Yosemite and iOS 8.1, those of us who own both iPhones and Macs will be able to answer phone calls on our Macs, at least once cellular providers support wifi calling.  To me this is going to be most useful when I’m at home.  I can plug my iPhone in to charge while I’m working on my Mac in a different room, and answer calls right from my Mac.  I don’t care about wifi calling when I’m out, because cellular coverage is pretty good in most areas.  But if I’m surfing restaurants on my Mac and find one I like, it will be nice to simply click on the restuarant’s phone number and call them from my Mac instead of having to grab a phone to do it.  So, as you can see, it’s not just about the phone.  It’s about the overall integration of OSX and iOS.  Could you make calls from your PC using your HTC phone?

Google Voice provides much of that functionality

Calling directly from your PC (for free, in US) has been available for a few years via Google Voice, no phone needed. It doesn’t allow you to answer calls to your cell phone (at least not that I’m aware) without a separate app or forwarding your cell to your Google Voice number.

I’ve found WiFi calling to be most useful in areas without cell reception; inside large office buildings, at a hotel in the boonies, etc. In these cases, WiFi calling wasn’t just a convenience feature, it was the only way I could be connected.

VOIP providers have been around way longer before Google Voice. Also, if you log into your Google Voice account it lets you forward calls to your phone be it a house phone or a cell phone (smart or dumb). But the app does make it a lot easier.

I had really hoped this would work out-of-the box. I have terrible cell reception at my house (ALL carriers) despite living in a suburb that’s 5 miles from downtown San Diego. I’ve tried getting AT&T to provide me a microcell, as I’d heard they would give those away to people in my situation, but they refused…I was really looking forward to this feature as a seamless fix. I’m very tired of not having a reliable phone at home.

I dont see Wi-fi calling being of any big help to carriers like Verizon and AT&T who have great networks that support good call quality. For example, as the article mentions, Wi-fi calling will really help where your regular coverage is bad. This applies for T-Mobile. My friend who has T-Mobile is now happy that Wi-fi calling has improved his call quality, especially inside office buildings. But AT&T provide good coverage even inside buildings. And for example, AT&T’s current package offers unlimited talk and text. So Wi-fi calling is not really going to save you minutes because my minutes right from the beginning is ‘unlimited’. Wi-fi calling however can help in making international calls directly instead of going thru apps like Vonage.

No Mention of Tmobile?

There is no mention of Tmobile on this post. They’ve successfully implemented it on the iPhone 6. Sure, their coverage is poor but they are expanding at faster rates than the competitors. And the price is outstanding.

It has little to do with Apple

While yes you are correct that Apple dragged their feet a little on this, it isn’t uncommon for Apple to not add features for the sake of adding them. The networks that Apple predominantly existed on through 2013 were Verizon and AT&T. Without them supporting wifi-calling, it wouldn’t matter if Apple added the feature. Now that Apple has expanded to other networks, they have added it, but even now I can’t use the feature because I’m on AT&T.