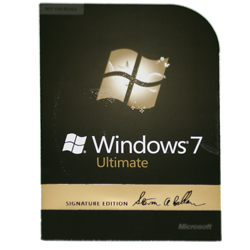 It’s officially the end of an era. Microsoft recently announced that it has ended retail sales of its Windows 7 operating system, officially putting the full weight of the company behind its more recent (but struggling) Windows 8.

According to Network World, Microsoft stopped shipping new copies of Windows 7 to retailers on October 30, 2013.

If you’re still interested in running Windows 7, you still have some time. Computers can still be sold with Windows 7 installed until October 30, 2014, and sites like Amazon will likely continue to have leftover stock for some time. Microsoft says it will continue to support the older operating system with “mainstream support” until January 13, 2015.

Microsoft released its tablet-inspired Windows 8 operating system in August 2012 to mixed reviews. The company fixed many of Windows 8’s problems with its recent Windows 8.1 update, but the software is still struggling with adoption. Recent data shows that Windows 8.1 has not caught on and that PC sales continue to shrink.

You can still find Windows 7 OEM installation disks on Amazon for about $90. The full retail version of Windows 8.1 can be purchased for $105.20.