Study: Technology Use is Reducing Our Attention Spans 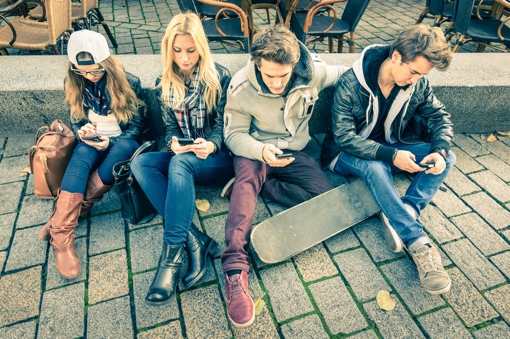 There’s a lot of content available in today’s digital world. As soon as you find an interesting video or link, there are three or four more options available on a side bar on in your News Feed competing for your interest. The net result of this, according to new research from Microsoft, is that the human attention span is getting shorter and shorter.

Recently, the software giant recruited 2,000 Canadians to take part in a gameified online survey; 112 were recruited for more intense recording of brain activity during various activities. Scientists measured participants’ ability to multitask, avoid distraction and maintain sustained attention during repetitive activity. And as you might expect, technology seems to be negatively impacting our ability to hold our attention when performing basic tasks. The average human attention span is now 8 seconds, one second less than that of a goldfish.

“We are moving from a world where computing power was scarce to a place where it is now almost limitless, and where the true scarce commodity is increasingly human attention,” Microsoft CEO Satya Nadella explains.

The Microsoft study shows that overall, 44% of Canadians are having difficulty with concentration and staying focused. The problem is more pronounced amongst those who admitted being tech early adopters (68%) and heavy social media users (67%). The study also reveals that 45% of all respondents often get sidetracked by unrelated thoughts; again, the problem is worse in early tech adopters (66%) and heavy social media users (65%).

Those in younger age groups may be having a lot of problems concentrating because they’re constantly drawn to their technology. A stunning 77% of those aged 18 to 24 automatically grab their phone when they’re not otherwise preoccupied, as compared to just 10% of those over the age of 65. Further, 52% of 18 to 24 year olds say they check their phone at least once every 30 minutes, as compared to just 6% of those aged 65 and up. The study showed no real differences between the genders.

It’s not all bad news for us tech addicts, though. Access to multiple screens – e.g., watching the TV while fiddling with your phone – seems to put us in a heightened neural state, improving our level of attention and ability to encode things to memory. Heavy use of web browsing seems to also train our brains for better multitasking. Moderate usage of social media builds a person’s ability to multitask too. Just don’t over do it – heavy Facebook and Twitter usage is a significant brain drain, according to researchers.

[Kids distracted by smartphones via Shutterstock]