US Ambassador Sworn in on Kindle 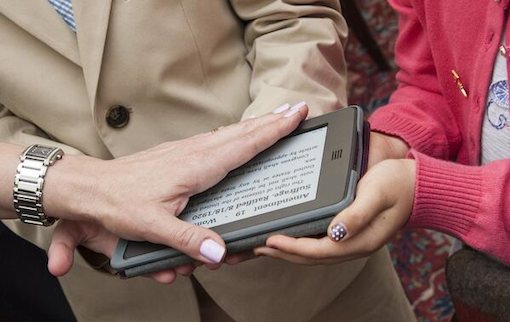 We are truly living in the digital era. This week, Suzi LeVine, the new US ambassador to Switzerland and Liechtenstein, took her oath of office with her hand on a Kindle Touch. The Kindle was standing in for the US Constitution, and it displayed the first page of the 19th amendment, which allows women to vote.

This digital stand-in reflects an overall trend in books: ebook sales are rising dramatically faster than paper books. According to USA Today, digital books now account for 20% of all book reported by publishers.

But never fear, book lovers—paper books definitely aren't going away... though we may still see more of these digital stand-ins in the future.