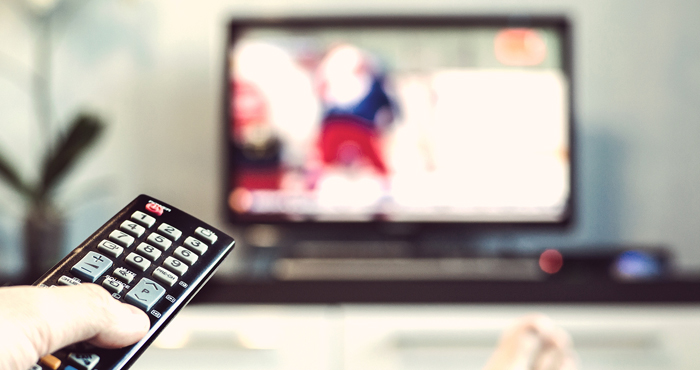 TV streaming services are getting more expensive. Last month, AT&T bumped the price of DirecTV Now from $40 to $50 per month and YouTube just announced that YouTube TV is increasing its price to $50 per month (from $40 per month), the service’s second price hike since it launched in early 2017. While YouTube TV is adding 10 new channels alongside the price jump, the channels are a bundle deal — subscribers who don’t want the extra channels (or the extra cost) can’t opt out.

These price increases are not much out of line with other TV streaming services: PlayStation Vue and Hulu with Live TV both cost $45 per month. There are a few cable TV replacements for under $25, including Sling TV, though they also offers fewer channels than most. But even on the most budget-friendly streaming plan, these costs — and cost increases — are starting to add up.

That’s particularly true if you’re supplementing streaming options with other subscriptions like Netflix ($13/mo, since the service raised its prices), Amazon Prime Video ($9/mo), HBO ($15/mo), or the just-announced Disney+ ($7/mo), launching on November 12, 2019. And the cost of these extras, each of which offer exclusive content you won’t find anywhere else, is just going to grow. For instance, all Disney content is leaving Netflix. Soon, Disney+ will be the only place to find Star Wars and Marvel movies online, in addition to new original shows. Apple is also launching its own streaming service, Apple TV+, with original content from big names like J.J. Abrams and Oprah Winfrey. Even more companies have less specific streaming plans: WarnerMedia plans on launching a service to stream its massive movie library, and Discovery is teaming up with the BBC for a streaming service focused on science, nature and history programming.

Soon, cord cutters are going to have to start doing the math to see if streaming TV is actually saving the money. The average cable TV package costs $72 per month, or $65 per month if you bundle it with internet — which you would be if you’re already streaming. And you can find deals that are much cheaper than that: Comcast is currently offering packages starting at $25 per month and DirecTV offers packages starting at $35 per month, and both offer more channels than streaming services. Though cable companies are notorious for limited time deals that offer you a bargain for just the first 12 months — both the Comcast and DirecTV prices cited are only for new subscribers — you can often stretch those discounts out by calling your cable provider.

When att raised the price of DirecTV now they lost so many customers that their investors are now suing them.

When Netflix raised their rates I cancelled Netflix. My monthly TV bill went down by $11.

Cord cutting is not about getting every channel possible as cheaply as possible. It’s about choosing and paying for only what you want.
Live TV? Not for me, thanks.
Sports? Nope.
$5 Hulu? Sure, why not?

What they don’t want us to realize is that cord cutting is only getting more expensive for people trying to replicate the cable experience. The rest of us are happy to mix and match the services that meet our needs and ignore those that don’t.

Not much benifit anymore for streaming

There should be a correction to the price int he article above.  YoutubeTV is $55/month.

YoutubeTV was my favorite streaming service at $39. Now I am forced to figure out something else. They all seem to keep gradually going up, at least with cable I was grandfathered in on the $49/month plan I had. Philo is only $20/month so I will likely switch to this however there is no local channels like fox, abc, nbc or cbs something I will miss. I cannot get them over the air where I live. If they keep going up I will prob just do without, I absolutely refuse to have $100+ cable bills like my friends.