While sending messages via Facebook Messenger may seem like a private way of communicating, it’s not. Facebook does not encrypt your regular messages on Messenger, and they can be handed over as evidence in criminal and civil cases. For instance, Facebook messages have played a critical role in charges brought in a recent abortion case in Nebraska. You can protect your privacy to some extent by using Messenger’s Secret Conversations feature, which turns on end-to-end encryption so no one can access the text, pictures, or videos except you and the recipient or recipients, including Facebook. However, there are a few limitations.

When you first send or receive a message via Secret Conversations, both parties will see a notification that “Message and calls are secured with end-to-end encryption." This new encrypted chat will exist separate from any unencrypted chat you may already have going on. The fact that there can be two chats is important to note because of the potential for user error when going back and forth between the two. In the Messenger app, you can see a lock icon next to Secret Conversation chats in your “Chats” list. But having an icon isn't as helpful as using an app dedicated to secure messaging. 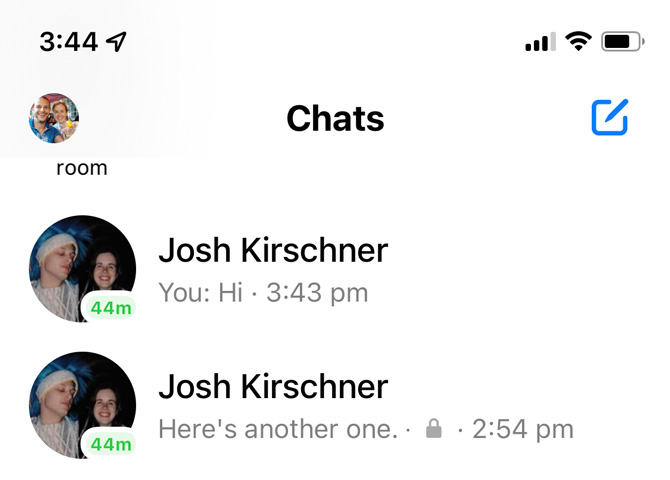 Another drawback is that you can't create, read, or send Secret Conversations using the separate Messenger app. (While Facebook’s Help Center reports that some browsers support end-to-end encrypted chats, I have not found that to be the case in my testing). You won’t even see your Secret Conversations listed in your chats. So if one person uses Messenger on their computer, they will continue to send messages via the unencrypted chat, and you will have to respond via the unencrypted chat. And if you're using the Messenger app on your phone and open a chat from a notification (versus the chat list), it's impossible to tell at glance if you're in the encrypted or unencrypted chat. 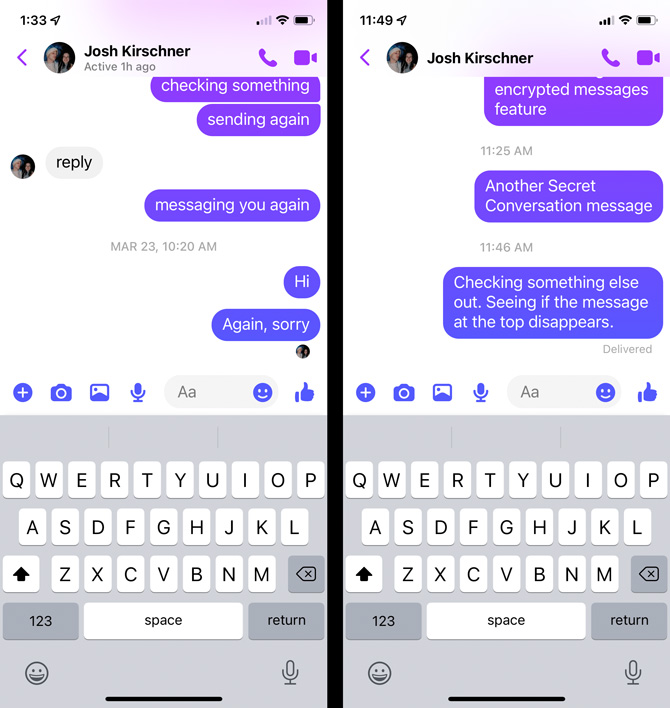 Fortunately, you can quickly check by tapping on the profile photo of the person or people in your chat. If you're in a regular chat, you'll see the option to "Go to secret conversation." If you’re in a Secret Conversation and tap the profile photo, you’ll see the “Privacy & support” options screen. 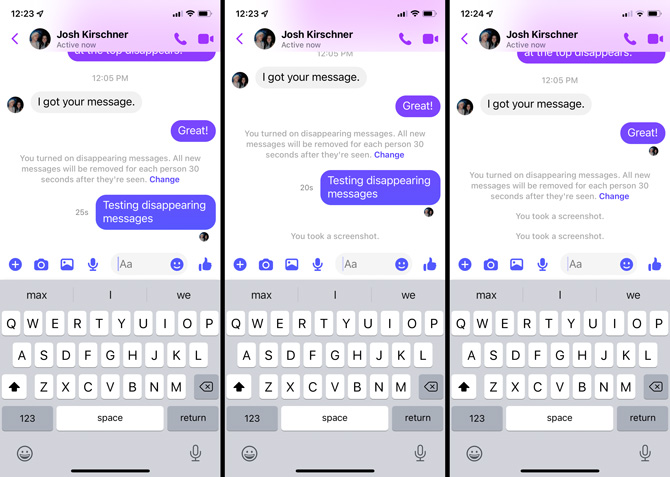 How to create a Secret Conversation

Creating a Secret Conversation is as easy as creating a new message.

Once you have established a Secret Conversation, you can tap the person’s profile picture and select “Disappearing Messages” to establish when messages will be deleted. You can select from 5 seconds up to 24 hours.