Apple's New Privacy Protections Aim to Lock Away Your Data 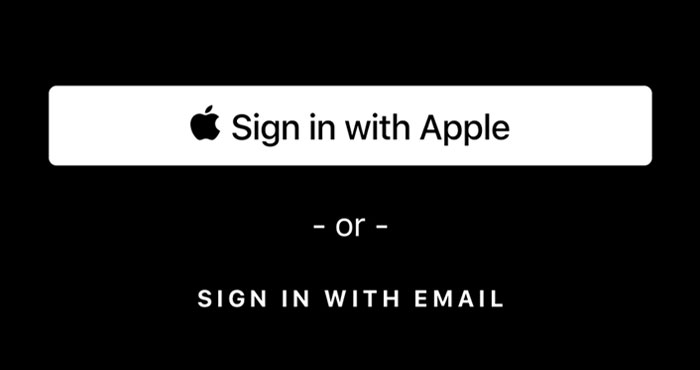 Our personal information seems to end up everywhere whether we want it to or not. But Apple wants to lock your data away safely, and today the company announced new privacy features across its lineup. Apple has been on a privacy kick lately: making browsing with Safari more secure and building privacy protections into Apple News. Now, the company has proclaimed that privacy is a fundamental right, and has added the biggest privacy improvements to its products yet.

The biggest privacy addition is Sign in with Apple, which lets you sign into third party sites using your Apple ID. But unlike signing in with your Facebook or Google account, Apple shields your information from third parties. Instead of giving third parties access to your email address, Apple creates a randomized address that forwards emails to you — which you can disable at any time. It will be available on iOS 13 for iPhone, iPadOS for iPad, and the web.

Your location data has additional privacy protections, too. Apple’s own Maps app will never track you, and Apple is limiting how much other apps can do, too. When an application wants your location data, you can share it only once, and it will have to ask permission to access it again. If you do give an app free rein to your location information, Apple will keep tabs on when they’re tracking you so you know exactly what they’re doing. Some apps also track your location data more quietly by scanning for wifi networks to extrapolate your location — but iOS 13 locks that down, too.

Smart home security is a hot topic right now, because the conveniences we put in our home could also be used to invade our privacy. Connected cameras are a particular concern, as they’re constantly watching us, and our data is often sent to the cloud, where it can be vulnerable. Now, HomeKit new cameras from Logitech and Arlo will analyze your video locally — for example, to tell whether the movement detected is a person or a pet. It works with the Apple devices you already have, like an iPad, HomePod, or Apple TV so your data is never accessed by a third party. Then it’s stored, securely encrypted, in iCloud where you can keep up to ten days of recordings that don’t count against your iCloud storage limits for no charge. That’s a nice convenience for a feature that often comes with a monthly fee from other services.

The next big security flaw is that smart devices are often connected directly to the internet through your router, sometimes with few security protections. This lets you conveniently access them from anywhere in the world — but can could let hackers in to your entire home network if one device is exploited. Apple’s new HomeKit for Routers feature protects your network by creating a firewall between your network and your smart home devices, offering an extra layer of security to keep your home network safe. It will be built in to new routers from Linksys and internet provider Spectrum.

Each one of these is a sizable security improvement, but Sign in with Apple is probably the one that will have the most impact on our everyday internet experience. It won’t protect any Facebook or Google data that has previously been accessed by third parties, but it can keep them out of our personal information in the future. In a connected world where we keep so much information in our gadgets and on the cloud, that kind of protection is crucial — and no one is offering it right now.

None of these features are available yet, but look for them to arrive later this year.