How to Get the Best Price on an iPhone 6S 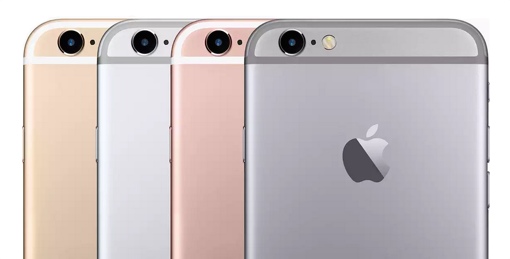 It’s no secret that the launch of a new iPhone is a major consumer event. Throngs of people will be lining up outside of Apple Stores across the country before long, all trying to get their hands on the new Apple iPhone 6S and iPhone 6S Plus models. But the Apple Store is hardly the only place to get your hands on a new phone – the major carriers are all offering iPhone promotions of their own, hoping to draw iPhone-hungry customers through their doors as well.

Need some help sifting through all the big money-saving promises and new phone promotions being offered for the Apple iPhone 6S launch? We here at Techlicious have compiled a table that makes it easy to compare the sales to make an educated shopping decision. Here’s what you need to know:

The Scoop on Apple’s New Offer

During the iPhone 6S launch event, Apple announced that it has a new option available for those looking to lease their next smartphone. You can now pay Apple $32.45 per month for an iPhone 6S, which includes AppleCare+ and the option to trade up to a new phone next year. There’s no discount here over buying each separately, but you can at least avoid having to pay interest charges on the purchase while you’re paying it off.

The Best Deal to Own

The absolute best deal for those looking to own an iPhone 6S outright can be had at T-Mobile. You’ll want to skip buying the iPhone 6S outright ($649) and instead opt for the carrier’s JUMP! lease plan with yearly upgrade option. T-Mobile will charge you $20 per month for 18 months for a base model iPhone 6S. At the end of 18 months, you can then pay a $164 charge to own your phone for a total cost of $524.

The Best Deal to Lease

If you’re instead looking to lease (and perhaps get a new iPhone 7 next year), we recommend you visit your local Sprint store. There, you can get an iPhone 6S for just $15 per month – the lowest price of any national U.S. carrier. The larger iPhone 6S Plus, meanwhile, will run you $19 per month. To get these prices, however, note that you’ll need to trade in a working smartphone. And you’ll need to be OK with using the Sprint network. Whenever you switch carriers, we advise checking out the coverage and data speed in your area.

Don’t forget that Sprint’s IPhone Forever plan guarantees the user the ability to upgrade to the newest IPhone whenever Apple launches a new model!

I have a problem having a phone that isn’t unlocked. Too bad that Apple isn’t allowing unlocked. I just got my daughter unlocked 6 plus.