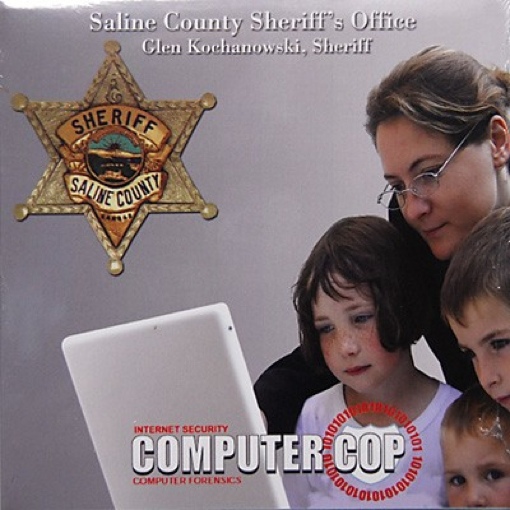 ComputerCOP spyware is typically customized to include
the photos of local law officials, as shown.

ComputerCOP Internet security software, distributed for free by law enforcement agencies around the country, promises to keep an eye on your kids while they're online. It claims to reveal when they access content relating to sex, drugs and gangs. But while ComputerCOP may seem useful, the Electronic Frontier Foundation is warning parents to steer clear of the program, calling it a dangerous keylogger that puts the whole family's data and safety at risk.

Specifically, ComputerCOP records everything both you and your kids do on your home computer in the name of safety. That information is then transmitted without encryption to third-party servers. Hackers could easily intercept this data, which would include your online banking logins and other incredibly sensitive information. Or, just as worrying, a stalker could install ComputerCOP on your computers to trace your every digital move. It’s dangerous software, made even more so by virtue of carrying your local law enforcement agency’s seal of approval.

Law enforcement agencies often purchase the ComputerCOP software in bulk using the proceeds confiscated from drug busts. Each copy costs police approximately $5, but is distributed to the public for free in schools, libraries and other public places. It’s typically customized to prominently feature the local sheriff or district attorney’s picture, making it a PR tool. ComputerCOP even sends out a camera crew to record a video with local officials when large purchases are made, earning a lot of positive press that comes in handy around election time.

“In our tests, ComputerCOP was so unwieldy to use that it’s possible that very few people actually use it,” explains the EFF. “But even if it’s a pointless giveaway from the police, it’s still being purchased with our tax dollars. As law enforcement agencies around the country face budgetary shortfalls, spending $25,000 on an ineffective product is not only unwise, but fiscally irresponsible.”

If your local officials are pushing the software, turn it down. And let your friends know to turn it down, as well.

Here's a full list of the law enforcement agencies offering this ill-advised software. For more on ComputerCOP, visit the Electronic Frontier Foundation blog.

To learn how to truly keep your kids safe, check out our article 7 Things Every Child Must Know Before They Go Online. And if you really want to install parental control software, please consider a respected choice instead like Norton Family (free) or Bitdefender Parental Control ($29.95/year).