Should You Care About Facebook's Libra Cryptocurrency?

What is cryptocurrency and, by extension, Facebook's proposed Libra cryptocurrency, announced earlier this week? And should you care?

The whole idea of cryptocurrencies is a bit alien, just like once upon a time credit cards and paper money were. But cryptocurrency is important in that it is the future of money, whether that currency ends up being bitcoin, Libra or another crypocurrency.

Before we begin a discussion of Libra, though, let's review the basics of how cryptoocurrency, or just "crypto" for short, works. That way you can better see how Facebook’s offering differs from bitcoin and others.

Instead, crypto – virtual currency protected by complex digital cryptography, invented in 2008 by a still mysterious programmer with the nom de plume of Satoshi Nakamoto – exists purely in the digital world. Its form is secure data scattered around servers around the world, essentially a peer-to-peer monetary system.

Similar to stocks, a particular brand of crypto, such as bitcoin, Nakamoto's invention, is worth whatever the market says it's worth. There is nothing backing crypto such as gold or national reputation, which is why its value is so volatile. You buy and sell crypto as you would stocks, online, from crypto brokers called "miners." But more importantly, you spend crypto – you use it instead of traditional debit or credit cards to pay for goods and services online from vendors that accept it in much the same way vendors accept certain credit cards. One big difference is that no one can steal or hack your "crypto" number because there is no such thing; each crypto transaction is unique, with its own encoding.

This transaction security is what makes crypto a thing. Crypto's backbone is a technology called "blockchain." Without getting too technical, blockchain is a digital technology that encodes and decentralizes the currency, making crypto transactions impossible to track, steal, copy, forge, or fake (read more in our story Blockchain 101).

Can you trust cryptocurrency, Libra or otherwise?

Trust in something as ethereal as virtual money is admittedly difficult to conjure for those who don't code, which explains why crypto has remained largely beyond the mainstream. It's just human nature to not trust something you can't see or touch, especially when it comes to money. It took decades before everyone grasped and trusted the concept of paper money after the Civil War and credit cards a century later. So it's understandable that cryptocurrency is viewed as some mysterious scam, technology run amuck, the stuff of malevolent movie hackers, and not something for normal folks. Libra advocates believe Facebook's leadership lends crypto some credibility and helps crypto seem a bit more real and viable as a concept.

Trust in Facebook is nearly non-existent. Yet, after all of Facebook's privacy and security missteps and misdeeds, Mark Zuckerberg and company want us to trust them with a new monetary system. However, Facebook is not in Libra alone. It has lined up a pile of more trustworthy partners including Visa, MasterCard, PayPal and other solid financial institutions that would act as Libra's "banks," so to speak, and operations such as Uber, Lyft, eBay and Spotify who would accept payment in Libra.

To counter complaints about a mere social media platform deciding it could also manage a global monetary system, Facebook created two separate entities to create a firewall between itself and Libra: 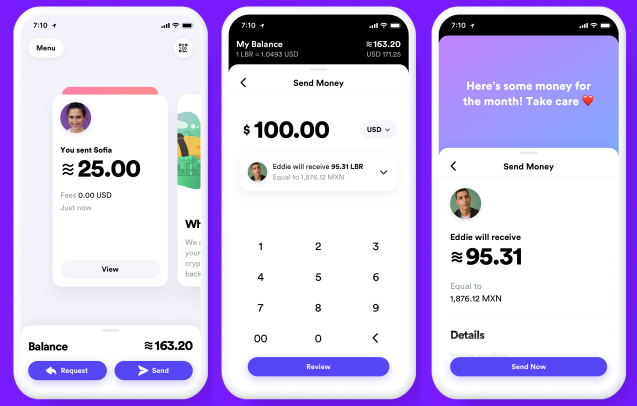 "Regulated" by who, however, Facebook doesn't say, and the history of Swiss banking secrecy doesn't exactly inspire regulatory confidence (though that does appear to be changing). But Facebook has already met with and briefed regulators in the U.S. and overseas, with most adopting a wary wait-and-see attitude. For instance, U.S. Federal Reserve Chair Jerome Powell reported he had met with Facebook about Libra. He initially observed he was "not too concerned" about Libra's potential. While the Fed exercises no "plenary authority" over the new crypto system, he warned at a press conference after Facebook's Libra announcement that "we will wind up having quite high expectations from a sort of safety and soundness and regulatory standpoint if they do decide to go forward with something."

While Facebook has attempted to put trusted names in front of Libra,  its organizing principles obviate the essential raison d'être of crypto's creation – no one is supposed to be in charge of it, not one entity, not 100 entities, not any corporate, non-profit, academic or government entity. The whole idea of crypto is to bypass the potentially corrupt corporate and governmental controls over the current currency ecosystem and trust instead in the totality of a decentralized system that isn't run by anyone but by everyone. No one person or entity can mess with or manipulate the crypto system because there's no one with control over the system.

That crypto is likely the future of money is a given. But just who administers or regulates a national or international system – if such regulation is even possible – remains an open question. And, a system that challenges the U.S. monetary system could run afoul of the U.S. Constitution, which reserves the ambiguous power to "coin money" to the federal government.

Skeptical legislators already investigating Facebook and contemplating potential regulatory action are likely to be less sanguine about Libra's potential. This latest big tech innovation – or overreach, depending on your point-of-view – is likely to be a new hot topic in the presidential campaign.