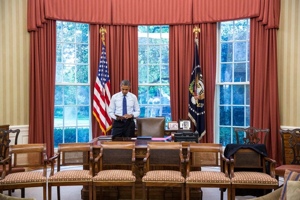 To wit, the president announced support for a plan to create an adversarial court system that gives unidentified defendants more protections. Currently, the Foreign Intelligence Surveillance Act court is a one-sided institution where the interests of the Justice Department are rarely opposed and the right of a defendant to file an appeal is non-existent.

In addition, both the Obama administration and the NSA will release reports in the coming days explaining their legal basis for continued spying activities. Specifically, the president will release a classified legal analysis document explaining why the government thinks it has the right to collect and store metadata on all citizens. The NSA will be publishing a new website to better help the public understand the legal basis behind its actions.

Recent news reports suggest that the NSA may indeed be overstepping its bounds. Secretly sourced information appears to be used for more than just national security purposes. Yesterday, it was revealed that NSA data filters its way down to other government agencies such as the IRS.

While any government discussion of NSA spying is indeed a step in the right direction, constitutional rights watchdogs complain that Obama didn’t go far enough.

Said the American Civil Liberties Union (ACLU): “While the initial reforms outlined by the president are a necessary and welcome first step, they are not nearly sufficient. The bulk collection of Americans' phone records is only one of several troubling programs disclosed over the last two months. The president must work with members of Congress to reform all of these surveillance programs, including those authorized by Section 702 of the FISA Amendments Act, which collect, monitor and retain the contents of Americans' communications without a warrant.”