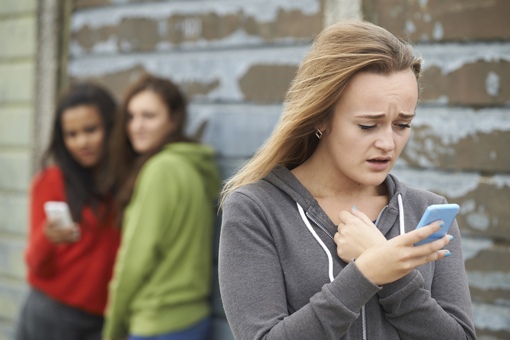 Cyberbullying has been, unfortunately, in the news again lately. Earlier this month, a piece about the online harassment campaign known as Gamergate made the front page of the New York Times. It details a number of anonymous, violent threats levied against feminist critics of video games online. Some women have even been chased out of their homes after their addresses were released on Internet message boards.

Of course, you don’t need to be a public figure or have a controversial opinion to find yourself as a target – cyberbullying is a terrifyingly common problem. According to a Pew Research Internet Project study relased on Wednesday, 40% of all adult Internet users have been victims of varying degrees of online harassment. Specifically, 27% report being called offensive names, and 22% have had someone purposefully try to embarrass them. Even more frightening, one in twelve report being physically threatened or stalked by someone online.

As you might expect, it's young adults aged 18 – 29 who bear the brunt of the harassment online – a whopping 65% report being targeted by cyberbullies. Young women are especially vulnerable to sexual harassment (25%) and stalking (24%). Eighteen percent of young women report sustained harassment – the type of abuse suffered by Gamergate critics, U.K. journalists and Zelda Williams alike.

The problem of online harassment is common enough that most of us – 60% – just try to ignore it when it happens. Only 5% of harassment, meanwhile, winds up getting reported to law enforcement. This low rate is somewhat understandable considering how slow many police departments have been to understand and recognize the very real problem of online bullies, and how these threats often bleed into the real world. The law in the U.S. is playing catch up too, with states only now taking action to ban revenge porn. (U.K.’s parliament, meanwhile, is considering a broader law to make acts of Internet trolling punishable by up to 2 years in prison.)

The full survey results are available on the Pew Research Center’s Internet & American Life Project website. If you’re a parent, take a moment to read up on the signs of cyberbullying and learn how to start a conversation with your kids about online abuse. You can also find a lot of great resources on stopbullying.gov.

[Girl bullied by text via Shutterstock]