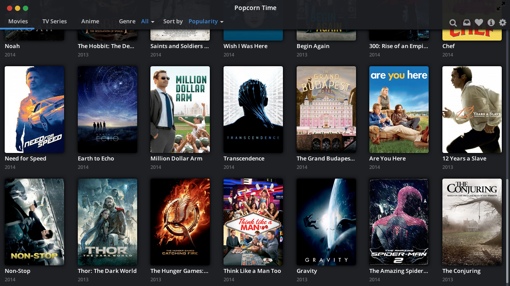 Media companies have been aggressively pushing tougher copyright laws in recent years – think the unnecessarily broad SOPA here in the United States. But over in Europe, laws are much more aggressive. Take, for instance, Denmark: Recently, police in the country arrested two men simply because they shared information on how to use Popcorn Time, a pirated content streaming service and app.

Neither of the men were accused of sharing pirated content, nor did they host the app on their tech website. Still, because they shared tutorials and linked to other sites that hosted Popcorn Time, Danish police seized their domain. Both men could face up to six years in prison if they’re found guilty of violating Denmark’s copyright law.

“The case is important because, firstly, it shows that [site operators] can be revealed by the police. This has consequences and it also conveys the message that this behavior is illegal,” said Michael Hellensberg of the Danish Police Fraud Squad.

“Thus there is hopefully a deterrent effect,” he added.

No one in the United States is facing prison time over Popcorn Time, but some users are facing lawsuits. Specifically, the makers of the 2014 Adam Sandler movie bomb The Cobbler are suing 11 people in an Oregon federal court seeking damages of $150,000. That’s an incredibly small percentage of Popcorn Time’s past user base, but it does show that some movie backers are getting serious about the issue of piracy. (Or, at least, it shows that this group of Sandler backers is serious about trying to recoup the film's massive losses any way they can.)

Here at Techlicious, we generally recommend you avoid trying to pirate TV and movies – aside from being illegal, sites that host pirated content typically host viruses and other malware. Besides, there are plenty of ways to get your fix for streaming video without breaking the law. Sling TV offers a streaming selection of popular cable TV channels, including Disney, HGTV and CNN, for $20 per month. And, of course, you can watch plenty of shows for free on Hulu, even without a Hulu Plus account. Amazon Prime members, meanwhile, have access to stream a number of movies (including some recent hits) via Prime Instant Video. For more free and inexpensive TV and movie viewing options, check out our guide to cord-cutting.

I WANT TO WATCH MOVIE BRO

nah its not disabled. lol.

nah its not disabled. lol. where did you get that info? just google “popcorn time”, first result, woilla, the website DOES work, and at the bottom, status is green, thus meaning, the services in the app work too.

Definitely not worth it to get sued over streaming a movie…I’ll stick to the free and legal sites like TubiTV.com