Think about the acronyms most people understood before the advent of the cell phone and Internet chat room or forum. It used to be some of the most common acronyms involved government agencies such as the CIA or FBI so as to not have to say Central Intelligence Agency and Federal Bureau of Investigations. Or you might write a note to your boss that included FYI instead of “for your information.” And remember writing BFF for “best friends forever” way back in the day when kids still passed paper notes? 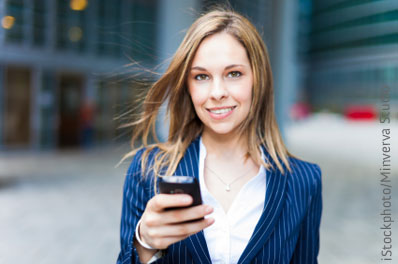 Today, the speed with which you can type a message affects the quality of the electronic banter you can have. Considering smartphone owners aged 18 to 24 send more than 2,000 texts a month, it’s no wonder the number of abbreviations and acronyms in common use has skyrocketed.

But how firm a grasp do you have on these acronym-laded digital conversations? Take this quiz and find out. Keep in mind that none of these have to be capitalized to work and some have more than one answer.

1. LOL
a) Living on Lexapro
b) Leasing out land
c) Laughing out loud
d) Lots of love

2. BRB
a) Brothers are bothering (me)
b) Be right back
c) Bring your body
d) Boys are bad

3. n00b
a) None of your business
b) New person who doesn’t know how to do something yet
c) Someone who thinks he’s savvy with gaming or the Internet but maybe isn’t as good as he should be or who doesn’t learn from those who are more experienced; also typically an annoying person who uses all caps, bad grammar or lame acronyms such as LOL.
d) A pre-adolescent obsessed with breasts

5. ATM
a) Automated Teller Machine
b) All the money
c) At the moment
d) Addicted to meth

11. UGTBK
a) You’ve got to be kidding
b) (Did) you go to the bank
c) You got the bastard killed
d) You gave the best kegger

12. WOMBAT
a) Women on my brain at the (moment)
b) A female zombie from “The Walking Dead” who is killed with a bat
c) Waste of money, brains and time
d) This one doesn’t mean anything at all.

13. FUD
a) Fear, uncertainty and disinformation
b) F**ked up damage
c) File under death
d) Flailing under debt

14. FWIW
a) For what it’s worth
b) Fighting within Warcraft
c) Forgot where I was
d) Forget who is winning

15. IMHO
a) I mean he’s oblivious
b) I’m hardly operating
c) I mostly hung out
d) In my humble opinion

c. Laughing out loud and sometimes d. lots of love. Be cool and don’t use it. It’s been overdone to death to indicate mirth even though no one is really laughing out loud. A simple hahaha will suffice (ha or haha might seem like you don’t actually think it’s that funny). Or, use "LSIMHBIWFEFMTALOL” which means “laughing silently in my head because it wasn't funny enough for me to actually laugh out loud.” Just kidding (JK).

b. Be right back

You might have guessed b. New person who doesn’t know how to do something yet, but “newb” more closely matches that definition. Answer is c. Someone clueless but thinks they know it all. Check out this stupidly funny gaming chat example from UrbanDictionary:

noob: oMY GODS I AM SO KIKED UR AZZ LOLLLLLZZ!!!1!!!!!!
RGamer: Stfu n00b.
noob: NO NO YOU SUX YOU SHUT UP
RGamer: shut up dude you suck
noob: NO NO I DO NOT SUCK YOU SUCK LOL! HAHAHAHAHAHAHahhAHhahah!
OGamer: Dude wtf?
noob: AHHAHA I OWN YOU BECUASE THIS PERSON IS STUPID
RGamer: Man ill kick your ass n00b
noob: OKAY KETS GO LEMME SEE YOU TRY!!!!!1!!
RGamer: Has logged off
noob: HAHHAHAH I HE SCAREDOF ME
OGamer: Man you suck
OGamer: Has logged off

d. Parents are watching. Commonly used by teenagers to warn their texting friends to keep it clean.

a. Automated Teller Machine and c. At the moment.

c. I don't care. Use with caution.

a. What the f***? Used to express surprise and sometimes disgust.

c. Talk to you later. Apparently "Goodbye" doesn't work in the age of texting.

a. You've got to be kidding. A lesser version of WTF.

a. Fear, uncertainty and disinformation. This one is often used to describe an online report or story that a reader deems as one written just to scare people.

a. For what it's worth and c. Forget where I was. The first to indicate you're not sure of the validity of what you're about to share, the latter because, old age. May be time to look into brain training apps.

d. Shut the f*** up. Generally used in heated arguments and gaming sessions.

c. Oh my god. Usually every other sentence out of teenager's mouth.

Technically, a. Point of sale and c. Piece of sh** are both right. Context is, as they say, everything.

Here are some others you should know.

The D in FUD stands for “doubt,” rather than “disinformation.”