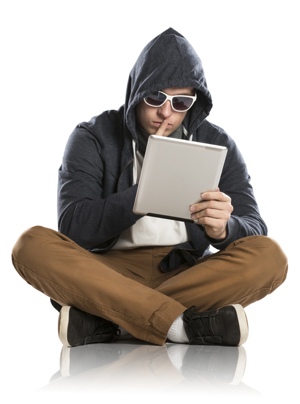 Recent surveys suggest teens are becoming wary
of how their online presence might affect their future.

Fall is traditionally the time of year when high school seniors seriously begin paying attention to the college application process. But while most are concerned with SATs, admission essays and campus visits, there’s one oft-neglected area that urgently needs your teen’s attention: their social media presence.

This weekend, the New York Times ran an article titled “They Loved Your GPA Then They Saw Your Tweets,” recounting a number of instances where a student’s admission to a college was declined due to bad behavior online. Author Natasha Singer interviewed 10 admission officers and found that while most do not have the time to check the social media history of all applicants, “admissions officers did look at online material about applicants on an ad hoc basis.”

Other reports corroborate the Times article. According to an October 2013 Kaplan questionnaire, 31% of college admission officers say they reviewed applicants’ social media profiles during their decision process, up from just 10% in 2008. The college officials also report that 30% found something that negatively impacted a prospect’s chances for admission, down from 35% a year prior.

That indeed is the good news here: Young people are increasingly wary of social media and their public footprints. This past weekend, The Guardian ran a story about teens migrating from social media to messenger apps like WhatsApp due to Facebook privacy concerns. Snapchat is also rising in popularity among teens as a way to share fun photos without creating a permanent record.

Some high schools have begun advising teens about how to put their best online foot forward, from choosing a non-offensive email address to deleting pictures that may show drinking or other questionable content. These social media scrubs are becoming commonplace. “If you’ve got stuff online you don’t want colleges to see,” one 17-year-old interviewed by the Times said, “deleting it is kind of like joining two more clubs senior year to list on your application to try to make you seem more like the person they want at their schools.”

As a parent, of course, it makes a lot of sense to teach your kids about responsible social media use well before college admission time. Get started early by teaching your kids about responsible Internet use before they log on for the first time. Advise them to keep their Facebook profiles (and other social media accounts) private, even though they can now post publicly. If you live in California, you may want to look into the state’s new “eraser” law that requires websites to scrub minors’ activity from public view upon request. Many question whether the bill will work as intended, so again, an ounce of prevention really is better than a pound of cure.

If your teen is applying for college, the New York Times story should be required reading for the both of you. For more on managing your teen’s online presence, check out Techlicious’s Parent’s Guide to Social Networking.

[Young person with tablet via Shutterstock]

I find this rather disturbing.

Giving administrators that kind of power would almost certainly involve simultaneously giving them the power to deny applicants based on their political or religious beliefs and affiliations (or something the administrator found offensive but didn’t have a good reason to be offended e.g. a dick or fart joke, or using the word ‘shit’ to describe something that is shit).

In addition there are other issues to do with inconsistent application, poorly defined policies, lack of information provided to those being discriminated against, not allowing applicants to contest decisions made by administrators, mistaken profiles, prioritising weak information (e.g. throw-away comments on social media) over strong information (academic records), harsh application (e.g. denying a capable individual the right to a university education, based on something so frivolous) etc.

Although I find this disturbing, I am not surprised that it is happening in an increasingly authoritarian country like the US.

They are freaking stalkers