Congresswomen File Bill to Limit the Use of Photoshopped Models 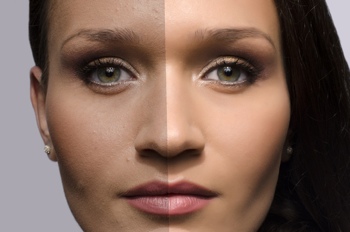 The use of Photoshopped models in magazines and advertisements has become a highly controversial issue over the last few years. Now, it’s poised to become a political issue, as well: Reps. Ileana Ros-Lehtinen (R-FL) and Lois Capps (D-CA) have introduced the Truth of Advertising Act of 2014 (H.R. 4341), a House bill designed to reduce the use of digitally enhanced models in advertisements.

Specifically, the bill would require the Federal Trade Commission (FTC) to draft “a strategy to reduce the use, in advertising and other media for the promotion of commercial products, of images that have been altered to materially change the physical characteristics of the faces and bodies of the individuals depicted.” The FTC would have 18 months to draft the report should the bill become law.

“Just as with cigarette ads in the past, fashion ads portray a twisted, ideal image for young women,” said Capps. “And they’re vulnerable. As sales go up, body image and confidence drops.”

Photo editing software such as Adobe Photoshop is routinely used in advertising to eliminate blemishes, fly-away hair and conduct similar touchups. It can also be used more extensively to make someone look younger, thinner, more muscular or like an entirely different person. Our society's standard of beauty has become, in many instances, physically impossible for a human to achieve in real life.

Plenty of research exists linking images of unattainable beauty in advertisements to issues with body image in young women. Recent studies suggest that by age 17, approximately 7 out of 10 girls will have been on a diet, and 8 out of 10 will be unhappy with how they look in a mirror. Boys are vulnerable too – other studies suggest the use of anabolic steroids has skyrocketed amongst teens and younger men seeking solely to improve their appearance.

The bill is unlikely, its supporters admit, to become law. Though supported by eating disorder awareness groups, the powerful Association of National Advertisers opposes action. It argues that the FTC already has broad power to combat unfair and deceptive advertising.

You can find the full text of the bill at Govtrack.us. For more commentary, you can check out Jezebel’s recent column on the effort.