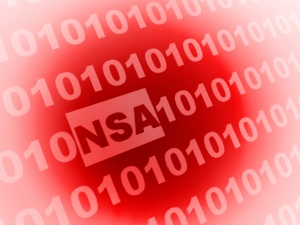 Much of America responded to the NSA’s spying effort with a big yawn, but internationally, it’s a huge deal. World commerce is inseparably linked to the Internet. And the idea of a nosy Uncle Sam is causing a lot of heartburn to foreign companies worried they might lose trade secrets or worse.

It’s hard for U.S. companies to respond to these international fears when so many have been complicit in helping the NSA spy. But beleaguered email provider Yahoo is at least trying. Starting January 8, 2014, Yahoo! will begin using 2048-bit SSL encryption for data that makes its way across the company’s network. That level of encryption is unlikely to be broken by modern (and even future) computers without serious, aggressive effort.

According to Yahoo, the move was initiated in response to government spying. “As you know, there have been a number of reports over the last six months about the U.S. government secretly accessing user data without the knowledge of tech companies, including Yahoo,” wrote company CEO Marissa Mayer on Yahoo’s official Tumblr account. “There is nothing more important to us than protecting our users’ privacy. To that end, we recently announced that we will make Yahoo Mail even more secure by introducing https (SSL - Secure Sockets Layer) encryption with a 2048-bit key across our network by January 8, 2014.”

Of course, Yahoo’s security is only good so long as the federal government does not have the means to decrypt this data. According to documents leaked to The Guardian by Edward Snowden, the feds may have had access to Yahoo data since March 2008. Mayer has denied this repeatedly, and reiterated on Tumblr that her company “has never given access to our data centers to the NSA or to any other government agency. Ever.” Even so, it's no secret that the federal government is actively working to break encryption schemes.