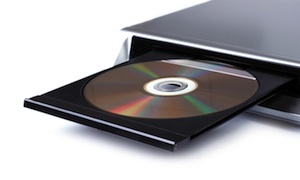 In the ever-changing world of gadgets, gizmos, electronics and technology, it can be easy to make a bad purchase. When you're consumed by the heady thrill of a new purchase, your credit card sometimes goes into gear before your brain does. That’s how you end up with a junk drawer full of items that once seemed like the solution to everything — and now they're just gathering dust.

Arm yourself with the knowledge to avoid tech duds the next time a salesperson pushes a receipt-padding purchase — you’ll know when to walk away. With that in mind, here are five of the worst tech purchases you can make today and why you should avoid them.

There’s a fine line between cheap and inexpensive, and it can be hard to tell the difference. Back in the days when cameras used actual film, there were plenty of models and accessories to choose from. But with the introduction of digital cameras, there are seemingly infinite models available, including the point-and-shoot models.

The appeal of these cameras is that they are small, light and easy to use. But if you’ve picked up a point-and-shoot these days, you’ll find they're packed with dozens of features that never get used. And while cheap point-and-shoots have plateaued in the race to see which can offer the most megapixels, that phone in your pocket includes a camera that has quietly been getting more and more powerful.

Admittedly, the midrange and high end point-and-shoots are worth holding on to, but the entry level ones aren't worth the purchase price. Especially since chances are you have a modern smartphone somewhere near you right now that includes an impressive camera. Apple’s iPhone 5s packs an 8-megapixel camera, while Nokia’s Lumia 1020 has a jaw-dropping 41-megapixel camera.

So why buy a second piece of tech that you’ll probably forget at home? Became a phone photographer, and never look back.

Camcorders have long been a part of our culture. For many years, people filmed just about every facet of daily life, generating what must be millions of miles of video tape showing family holiday get-togethers, trips to theme parks and graduation ceremonies. Move over, box of 8mm film — a box of videotapes needs some room.

But just as cell phone cameras have been upgraded for still photos, their video quality has also improved remarkably over recent years. Most phones now record in 1080p high definition, and some include nifty features like slow motion and basic video editing. While cell phone video used to be murky and jaggy, it now looks sharp and crisp, and even the sound is decent.

So before you think about pouring money into a camcorder and accessories, look no further than your pocket for a gadget that already shoots great video and is ready at a moment's notice.

Speaking of gadgets that do double duty, back when GPS systems first came to the market, they felt like the ultimate in James Bond wizardry. The problem is that they cost hundreds of dollars, making them a true luxury item meant to be mounted on the windshield next to your radar detector. But GPS systems have been getting cheaper all the time, and today they're frequently under $100 — so why not?

Here’s the thing: You probably already have one of these. No, I’m not talking about the in-dash GPS systems that come as an option on your car (which are a huge waste of money). Actually, I mean that smartphone you check obsessively throughout the day.

Most phones these days come with GPS built in, and it works well on free software such as Google Maps, offering turn-by-turn voice directions to get you to your destination. Or you can purchase GPS apps by some of the old-school GPS manufacturers, such as Garmin and TomTom, that offer more whistles and bells.

So unless you need a GPS where cellphone signals don't reach (like boating and wilderness activities) or don't have a robust data plan, toss that old GPS unit into the drawer with your beeper and Betamax; you have a better GPS device in your pocket.

Speaking of Betamax, we’re already on the threshold of seeing another form of recorded media go out of vogue: the DVD player. A few years ago, a battle raged between Blu-ray and HD-DVD, both vying to be the high-definition platform for delivering movies to your living room. Blu-ray eventually won, and it has slowly but surely been pushing out the tried-and-true DVD ever since.

So why would you buy a DVD player? The truth is that while Blu-ray players were very expensive when they first came out, you can get really fantastic ones these days for around $75. These include built-in Wi-Fi, allowing you to stream services like Netflix and Hulu Plus.

You might have a DVD player and not even know it. Got a PlayStation 3? Or did you recently buy an Xbox One or PS4? Just an FYI: These devices all include Blu-ray players.

If you're afraid of having to jettison your entire DVD collection with the switch to Blu-ray, don't be. Blu-ray players also play DVDs, so you won’t have to start from scratch. In fact, most Blu-ray players upscale the resolution of your DVDs, meaning they'll look better than ever. (Just make sure you have an HD television so you can appreciate the picture.)

If you’ve ever wandered into a mega-electronics store like Best Buy in search of a simple HDMI cable, you might have felt slapped by sticker shock. Many retailers sell HDMI cables at an extremely high MSRP, or they market their own with exorbitant costs. But it’s a ridiculous expense that you should run away from as fast as your feet will carry you.

Back in the days when people wired their own speaker systems, the type of wiring you used might have made a difference with an analog signal. But modern video electronics use digital signals as the norm, and digital signals are either on or off. There’s no “better signal” with a gold-tipped, platinum-coated, hand-rubbed cable.

One manufacturer in particular is extremely egregious with its HDMI cable product, selling some cables that cost over $300. Avoid them. The best thing you can do is always buy your cables online from sites like Amazon or Monoprice. We like the AmazonBasics 3-meter cable, which costs just $7.49 and works just as well.

The day I quit being an early adopter....

I remember the arrival of the DVD player very well.  I purchased a top of the line Denon for $900.

Two months later, DVD players had dropped down to the $200 range and have continued to drop to this day.

A couple of years ago I picked up a new BluRay player which was compatible with the 3D protocol used in NEC 82” DLP’s, complete with wifi and preloaded services (Hulu, Netflix, etc)....for under $200.

I had always been the first one in line for the latest and greatest…until my DVD experience.  Now something is going to have to be pretty spectacular for me to buy it within the first 6 months.

You just assume everyone has an expensive smart phone? Mine is a “dumb” phone - I make calls! And I only pay $12 a month (Let’s see: Walmart cheapest “smart phone” plan - $45/mo = $396 savings per year!)! I carry a small point & shoot, as I love photos, and my camera on my phone is not good. I have a GPS in my car - even when I DID carry a “smart phone” - never could get the GPS to help me out. Thank goodness I don’t like videos, so I don’t care about that! And I have an old DVD player - regular DVDs $5-10 (when I get them) and BluRay $25 on up - um, why would I get a BluRay - even RedBox rentals are more expensive?
So, I would argue that some of this stuff is WORTH having and carrying around!!!
Julie - who is enjoying her savings!!!

I have a cell phone that makes phone calls.  That’s it.  No texts, no camera, no alarms, just phone calls.  I pay by the minute, and used 12 minutes last year.

Oh, I also have money in the bank against times when I’m not making money, it’s called living under my means and really thinking about what I need vs what everyone else has.

We don’t disagree that these products have value to some, perhaps many, people. But the number of people is declining quickly and, at a certain point, it’s no longer cost-effective for manufacturers to make them.

That doesn’t mean the products will disappear entirely (I’m sure there are still buggy whip manufacturers out there), but for all intents, they will be “dead” as very few people will be making or buying them.

You could prefer a point and shoot because it’s easier on arthritic hands. My little Canon Elph 130 was worth the $100 or so to reduce hand pain from clicking on the screen to shoot.

There’s an old saying that covers this subject very well:
“Be not the first to take up the new nor the last to discard the old”

When I got the first TDK CD Blanks in-house, they cost $33 each.  Within six months, they were around a buck.  Now they’re coasters.  Times change!

Best advice to give on

Best advice to give on tech purchases is to wait a while. Either you can buy it used, the price will come down or the tech will fade away (Betamax for instance) .

I agree with the other “dumb phone” users.  Not all of us are sold on the high cost of smart phones or the limitations of “Swiss Army Knife” jack-of-all-trades devices.

And many of my friends agree that we like having a physical copy of our favorite movies on hand, until such time as you can stream ANY video you want at ANY time, which I don’t believe has arrived yet.

As to the comment about expensive HDMI cables, I also suggest you visit the cable section of your favorite 99-cent store.  Here you will find excellent a/v and computer cables from companies called Tristate and such for pennies on the dollar.